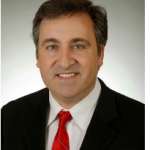 “The practice of cardiology is fascinating from the point of view of the ability to help patients,” Fieno said. “There is amazing technology available, and the opportunity to marry the technology to help alleviate a patient of suffering is what has interested me about the heart.”

The cardiac MRI provides detailed information on the type and severity of heart disease to help determine the best way to treat heart problems such as coronary heart disease, heart valve problems, pericarditis, cardiac tumors or damage from a heart attack, according to a press release from Shelby Baptist Medical Center.

Shelby Baptist has acquired the cardiac MRI capability, where 100 patients have gone through the CMR scanner, according to Fieno.

“Worldwide, millions have been studied with the technology, which has been found to be applicable to a variety of disease states,” Fieno said.

Some of the disease states include patients with blockages to arteries, suspected heart attack, or the possibility of a congenital abnormality would likely all benefit from the “amazing and versatile technology,” Fieno said.

“Images of the heart acquired with MRI-cardiac magnetic resonance or CMR for short- are nearly anatomic in their appearance with sub-millimeter resolution and the pictures are incredibly simple to interpret due to the high image quality,” Fieno said.

According to the press release, Fieno put his skills to work designing a way to enable existing MRI technology to, in essence, help physicians determine which areas of a diseased heart are viable.

For individuals interested in ways to protect their heart or to maintain a healthy heart, Fieno said eating a healthy, natural diet, exercising every day, and avoiding stress are the pillars of excellence everyone should strive toward.

“Health is almost entirely dependent on our willingness to eat the right foods and work out regularly,” Fieno said. “If symptoms of chest pain, shortness of breath or dizziness occur, an appointment with a cardiovascular specialist should probably be considered.”

The technology is now available at Shelby Baptist, but Fieno said CMR should be considered in patients with complex cardiovascular diseases where traditional imaging tools lack spatial resolution to provide accurate answers.