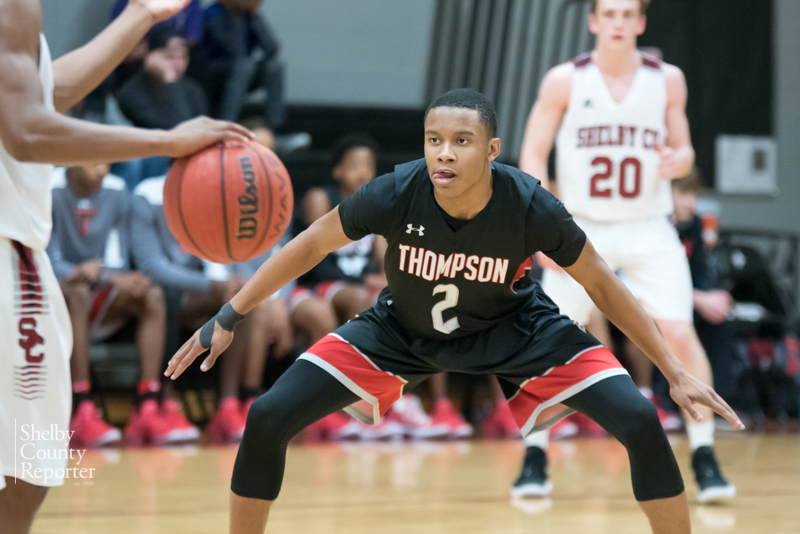 A total of seven basketball teams were found int he latest ASWA poll with four of those seven being in the top 10. (File)

It’s been since Dec. 19 that we’ve seen a basketball poll with a break over the holiday season, but on Wednesday, Jan. 9, the ASWA rankings returned and seven teams earned recognition in the standings.

Of those seven teams, four found a spot in their respective top 10, while three others were nominated to be inside the top 10 and deservedly so.

Last time we checked in, the Spain Park Jaguars were the highest ranked team in the county at No. 2 in the 7A classification.

Despite going 8-2 since then, winning the Jaguar Classic over the holiday, the Jags’ two losses were enough to drop them to No. 5 in the standings.

Those two losses by Spain Park came to Austin, the No. 4 team in Class 7A, and Madison Academy, the No. 3 team in Class 5A. Aside from Austin, the Jags sit behind No. 1 Hoover, No. 2 McGill-Toolen and No. 3 Austin, whom the Jaguars beat 65-60 earlier this season.

Sitting at 18-4, the Jags have plenty of reason to be confident having played a difficult schedule this season.

The Oak Mountain girls also received votes in the 7A classification as one of three nominated teams that didn’t make the top 10. The Eagles currently sit at 11-8 and look to be improving and growing as a team each week.

The hottest team in the county this season has arguably been the Shelby County Wildcats, who came in as the No. 7 team in Class 5A, which is arguably too low.

Shelby County currently sits at 16-1 on the season with that lone loss coming to the No. 2-ranked 7A team McGill-Toolen by just two points.

They are also likely one of the most experienced teams with their entire starting five back from a season ago when they made a trip to the Elite 8.

Right now, they sit behind Ramsay, Charles Henderson, Madison Academy, Central-Tuscaloosa, Wenonah and Southside-Gadsden, as the 5A classification may be the deepest of any this season.

Moving over to the boys’ rankings, the Thompson Warriors were able to jump back inside the top 10 of the 7A standings at No. 9 after a 5-2 record since the holiday break began, including winning their last four consecutive games.

The Warriors are now 15-5 overall and 1-0 in area play thanks to a 47-21 road victory against Tuscaloosa County.

Oak Mountain just missed out on jumping into the Class 7A top 10 having gone 4-3 since the last rankings were released when the Eagles also just missed out.

Sitting at 13-7 overall and 1-0 in area play, the Eagles have shown the ability to easily be a top 10 team at times this year, but have also had spurts where they have struggled as a young team still growing.

They are recently coming off a game against Hoover to open area play where they led for the first three quarters before the Bucs came back in the fourth period to pull off the win.

Those Buccaneers are ranked No. 3 in the classification, which should show you the capability of Oak Mountain. The Eagles are deeper than most teams playing their entire bench most nights, and when they are clicking, this is a team that could make a deep postseason run.

While the area championship will likely go through Hoover, Thompson and Oak Mountain should battle for the second playoff berth out of the area later this season.

In the 6A classification, the Helena Huskies made an appearance for the first time and while they weren’t inside the top 10 of the poll, they did receive votes due to great play as of late.

Helena has won their last eight games in a row to improve to 13-5, including a thrilling overtime win against Calera to open area play 1-0.

Under first-year head coach William Grant, the Huskies haven’t skipped a beat this season, and all of a sudden may be the favorite to win Class 6A Area 8, which is always a competitive area.

And saving the best for last, the highest ranked team was none other than the Kingwood Christian School Lions. Kingwood has had a stellar basketball season so far and sit as the No. 3-ranked team in the AISA with an overall record of 13-2.

When the last rankings were released, the Lions were ranked fifth with an overall record of 10-2, but have since won three games in a row to jump up two spots, including a win against ACSC rival Evangel.

Their only two losses this season were to No. 2 Evangel-Montgomery and No. 8 Success Unlimited. If they continue to improve and can start competing in those big games, special things are ahead.

Columbiana Christmas Tour of Homes back after 3 year hiatus