Columbiana Middle School student Khalia Lee has been selected as one of three students to participate in a piano master class.

Sponsored by the Alabama Music Teachers Association, the class will take place at Samford University on Jan. 29, and will be conducted by Dr. Anthony Philip Pattin, Professor Emeritus in piano, from the University of Montevallo. 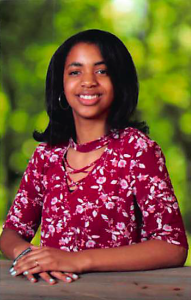 Lee, 13, is the great-granddaughter of Johnny and Nellie Lee of Columbiana, and is in the eighth grade at CMS, where she is an honor student and member of Beta Club, Juno and SWAT.

She has been a student of Patricia Pizzitola at the School of Performing Arts at First Baptist Church of Columbiana for the past five years.

During that time, she has performed in numerous recitals and participated in the Alabama Music Teacher Auditions for four years.

She is preparing for this year’s auditions in April.

He is also a distinguished composer, arranger, organist and performer, having performed with orchestras all over the United States.

He has performed in Europe, Central and South America; has recorded six CDs; and is preparing for his third concert tour of Japan.

In 2002, he received the Most Distinguished Teacher award from the University of Montevallo, and in 2003, the Distinguished Scholar award.

Pattin retired in 2011 but has continued his career as a concert musician and accompanist.

Pizzitola has been teaching at the School of Performing Arts at First Baptist Church of Columbiana for the past 21 years. She previously taught in Alabama, Florida and New York.

She is a graduate of the University of Montevallo with a degree in piano pedagogy, and has done post-graduate work in music.