Warrant: Man locked child in clothes dryer, turned it on

COLUMBIANA – A 25-year-old Alabaster man is facing a pair of felony charges after he allegedly placed a child younger than 6 in a clothes dryer multiple times – sometimes turning the dryer on with the child inside – over a year-long period from 2017-2018, and allegedly assaulted an adult victim during the same timeframe. 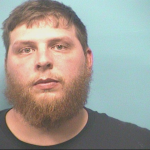 The Alabaster Police Department arrested Steven Garrett Todhunter, who lists an address on 10th Avenue Southwest, on Jan. 12 and charged him with felony counts of aggravated child abuse and domestic violence by strangulation or suffocation.

Todhunter’s arrest came after he allegedly “placed the victim in the washing machine or the dryer. When the victim was placed in the dryer, Steven G. Todhunter would close and secure the door with a chair, and sometimes turn the dryer on” multiple times from May 1, 2017, to May 1, 2018, read his arrest warrant.

During the same time period, he also “held (an adult) victim against the wall, in a choking manner. During that time, Steven Garrett Todhunter choked the victim to the point that the victim passed out,” which led to the domestic violence charge.

Todhunter was released from the Shelby County Jail the day after he was arrested after posting bonds totaling $20,000.

He is set to appear in Shelby County District Court for a preliminary hearing in front of Judge Daniel Crowson on Feb. 6.