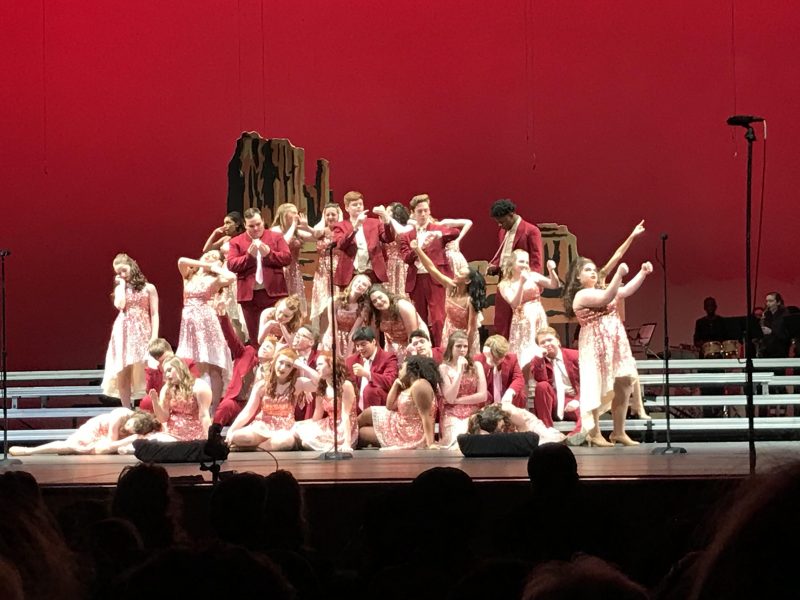 HOOVER — The fourth annual Hoover City Schools Choir Showcase is set to demonstrate choral talent from across the entire school system on Feb. 8.

The event will begin at 6 p.m. at the Spain Park High School auditorium, and will feature show choirs from all of the middle and high schools in the Hoover school system.

“We call it a showcase, because it’s just that,” said Jim Schaeffer, Spain Park choir director. “An opportunity to showcase a bunch of the city’s choral groups for our communities.”

The event will be spread out in five major performances from each of the participants, with intermission performances provided by Hoover and Spain Park’s contemporary show choirs.

The choirs will provide attendees with an exciting display of vocal talents, however they will also bring an engaging storytelling experience throughout their exhibitions.

“It’s really fun how a story can unfold from the beginning song to the last song, only through song and lyrics, similar to a theater show, except there is no dialogue,” said Schaeffer.

The event is very important because “it’s rare for the high school and middle school groups to get to see each other perform,” explained Schaeffer.

There will be a videographer recording the show, and individual performances can be purchased following the event.

Concessions will be available to attendees.

General admission for the show is $5 and children under 3 get in free. Seating is limited so be sure to arrive early. More information can be found at Spainparkchoir.com