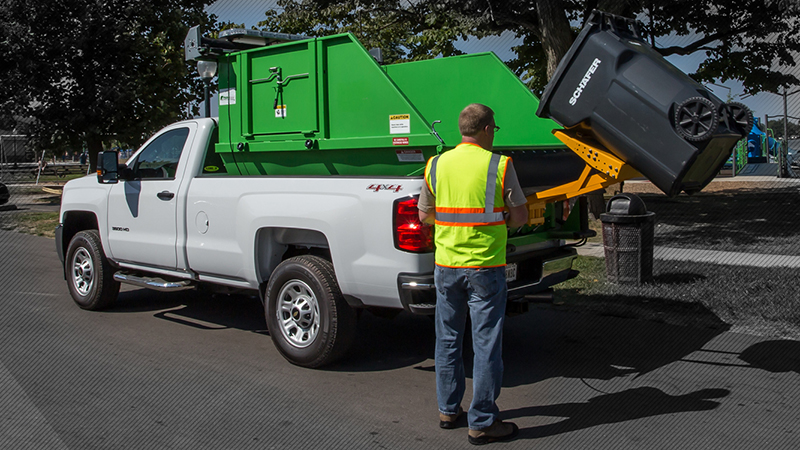 The Alabaster Public Works Department soon will have a new way to collect certain residential garbage cans, as the City Council approved the purchase of a Par-Kan refuse dumpster during a Feb. 4 meeting. (Contributed)

ALABASTER – The Alabaster Public Works Department soon will have a new and easier method of collecting missed and hard-to-reach garbage pickups, after the City Council approved the purchase of new equipment during a Feb. 4 meeting.

Council members voted unanimously during the meeting to pay $17,994 to purchase a Par-Kan refuse dumpster through the Sourcewell Purchasing Cooperative to be used by the Public Works Department.

The device is a large metal bin intended to be mounted in the bed of a pickup truck, and features an automatic arm to lift and dump residential garbage cans.

Alabaster Public Works Director Mark Harris told council members the department already has a pickup truck on which to install the Par-Kan dumpster, and said it will primarily be used to collect garbage cans for residents on the door-side pickup service.

The door-side pickup is available to certain residents who meet the requirements for the service, such as elderly residents or individuals with disabilities, and Harris said the city has difficulty accessing some of the garbage receptacles on the service with a full-size garbage truck. There are about 110 residents on the service.

Harris said the Par-Kan device will also be used to help collect missed garbage pick-ups without sending a full-size garbage truck to do so, which he said will add to the department’s efficiency. He said all missed pickups reported to the city are collected within 24 hours.