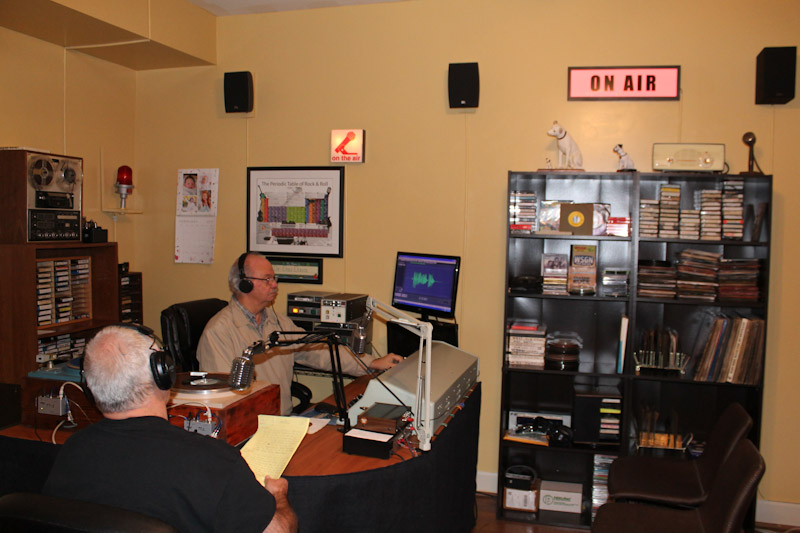 “You can go backwards in time on my dime,” said Davis.

“I love to play around with old radio equipment,” Davis said. “I have a friend, Robert Williams, who is an engineer and we started this show to play music that we liked.”

The men became friends four years prior to starting the show when they came up with the idea to do an “oldies” radio show.

Listening to Dr. Dax is a unique experience because the equipment used to broadcast the show is some of the same equipment that would have been used to originally broadcast the music during its time.

Williams has been working on radio equipment since he was in high school, which gave him the technical knowledge to help Davis restore the old soundboards, monitors, microphones, turntables and other old equipment that the show uses for broadcast.

Through the power of nostalgia Davis has been able to build a special relationship with his listeners by allowing them to send in requests through their Facebook page.

“A lady called me and asked me to play a song that her and her husband danced to back in ‘66,” he said.