Club to host tournament in honor of long-time golf pro 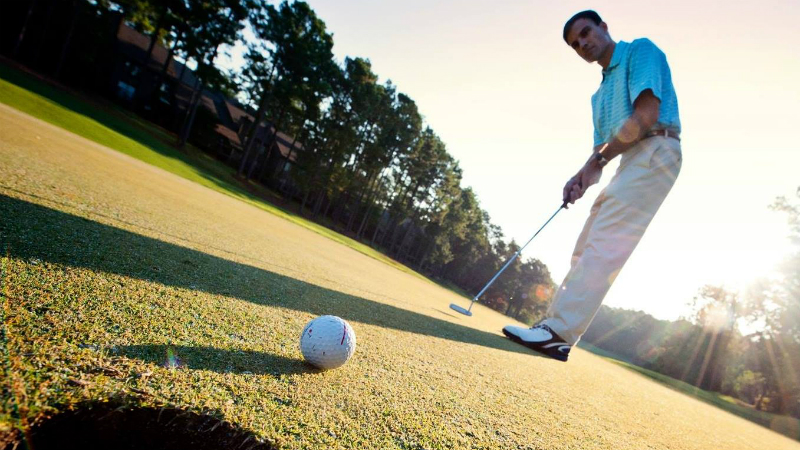 Entry fee is $150 for each golfer, and hole sponsorships are available for $250 per hole, with all proceeds to be donated to the American Cancer Society in honor of Ragan, who died in 2018 after a battle with cancer at age 82.

A native of Daytona Beach, Florida, Ragan played collegiately at the University of Florida before turning pro in 1956 and winning three times on the PGA Tour.

Ragan finished second to Jack Nicklaus in the 1963 PGA Championship and was a member of the 1963 Ryder Cup team.

Ragan was recognized by Golf Digest magazine as one of the top golf instructors in Alabama in 2007, during his about 20 years at Inverness Country Club.

Troy Raybon, director of golf at the club, said he first met Ragan while Raybon was playing at UAB.

“He just exemplified a professional and a gentleman,” Raybon said. “You’ve never met anybody better than Dave. He’s the only person I ever knew who I never heard anybody say an unkind word about.”

Raybon said Ragan did a lot for the local golf community.

After Ragan’s passing, club officials knew they wanted to do something to honor him, and the feeling was reinforced by numerous club members asking if there were any plans to do so.

“We’ve had several members who have dealt with cancer and asked what we were going to do for [Ragan],” Raybon said. “It’s a community atmosphere-type club.”

Ragan’s wife Geraldine still lives in the area and expects to attend the tournament, Raybon said.

The tournament will include lunch at 11 a.m. on April 1 and an awards presentation with light hors d’oeuvres.

There will be special prizes up for grabs on all Par 3 holes, and Hole 6 will be a “Money Hole.”