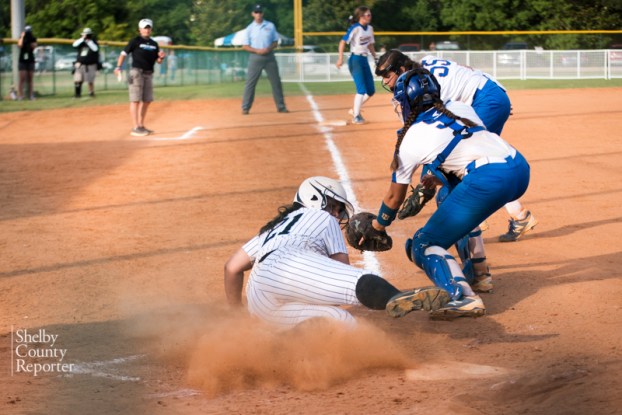 Caroline Wooley, No. 21 above, helped lead the Spain Park Jaguars' softball team to a dominant win on opening day of the 2019 season. (File)

PLEASANT GROVE – Spain Park’s softball team has been on the verge of state championships many times, and it’s no secret, but the Jags aren’t going to hide from it, and they showed on opening day that this team will once again be the one that tries to make a statement and bust through for that elusive title after starting the season with a 16-2 win against Pleasant Grove on Monday, Feb. 18.

The Jags scored at least three runs every inning they came to the plate, including four in the first, five in the second, four in the third and three more in the bottom of the fourth, while Kate Campbell and Alexis Anderson were both on their spot in the circle.

Campbell got the start and went four strong innings, allowing just two hits and two runs, while striking out eight batters. Anderson then came in to close the game out by pitching the top of the fifth, and she did so by allowing no hits and striking out two of the three batters she faced.

You could tell exactly what kind of focus Spain Park had come to the game with by the first 1 1/3 innings of play. After a 1-2-3 inning defensively, Annabelle Widra stepped to the plate and drove the second pitch she saw to right field. Widra didn’t just leg out a single or double after the ball carried to the wall, she rounded all the bases for an inside the park home run to put Spain Park on top 1-0.

Then the flood gates opened.

A passed ball two batters later allowed Taylor Harrington to cross the plate for the second run of the inning. Despite their being two outs on the board, that was followed by three straight doubles from Caroline Wooley, Lindsay Parker and Campbell to drive in two more runs for a 4-0 lead after one inning of play.

The Jags took that confidence at the plate and ran with it. In the bottom of the second, they took advantage of three walks and a single through the first five at bats to make it 5-0, before back-to-back singles from Wooley and Parker drove in four more runs for a 9-0 lead after two.

In the bottom of the third, that trend continued. A lead-off walk by Lydia Coleman was followed by a single from Widra to drive Coleman in and a double from Harrington to drive Widra in. Harrington then scored after two wild pitches, before Maddie Majors scored on a ground out two batters later after drawing a walk.

Pleasant Grove added its two runs in the top of the fourth off a two-run single, but the Jaguars came back in the bottom half and added three more runs off an RBI-walk from Anderson and a two-run single from Wooley to bring Spain Park’s final two runs across the plate.

It was an impressive start for the Jags after totaling 12 hits in 24 at bats, eight walks and 14 RBIs.