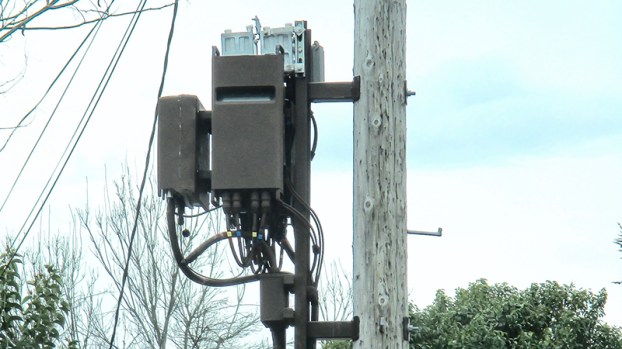 The city of Alabaster is asking Congress to overturn a recent FCC action regarding the placement of micro cell towers on public rights of way. (Contributed)

In late 2018, the FCC passed actions preventing municipalities from controlling the placement of micro cell towers on utility poles and other areas in the public right-of-way, according to Alabaster City Attorney Jeff Brumlow.

“(The FCC) reduced the ability of municipalities to prevent companies from putting micro cell towers wherever they want,” Brumlow said. “They’re trying to speed along the 5G technology, but to do so, they’re trampling all over cities’ abilities to control their own rights of way.”

During a Feb. 18 meeting, the City Council voted unanimously to pass a resolution joining other cities in urging Congress to support a House bill filed by Congresswoman Anna Eshoo, D-California, aimed at overturning the FCC’s actions.

“This is a resolution to urge our lawmakers to bring that control back to our local government and correct what the FCC did,” said Ward 5 Alabaster Councilman Russell Bedsole.

Without action from Congress, communications companies would be able to install several micro cell towers onto a utility pole or other structure in the public right of way, leaving the city with no way to control them, Brumlow said.

“Local governments have long advocated for universal access to reliable, high-speed broadband services, as these services are critical for the delivery of education, economic development, employment and a variety of essential services necessary for success and progress in the 21st century,” read the city’s resolution. “Local governments have been leaders in developing innovative solutions for ensuring reliable, high-speed broadband wireline and wireless services are widely available in their communities through their management of public streets and of other public assets in a manner that balances the competing interests and needs of various constituents.”