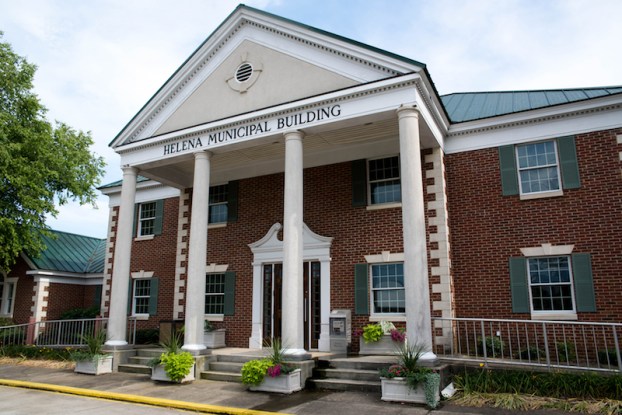 HELENA – Helena’s Joe Tucker Park will soon receive a nice addition that will benefit student athletes and the citizens of Helena, thanks to a bid that was approved for the construction of new tennis courts by the Helena City Council on Monday, Feb. 25.

The Helena City Council approved a bid of up to $150,000 to construct additional tennis courts at Joe Tucker Park, allowing the park to align with USTA rules to host future middle school and high school tennis tournaments.

“The company that specializes in tennis courts put in the low bid at $150,000 and that’s what our numbers were,” Helena Mayor Mark Hall said. “I would ask the council to consider to approve this at this time so we can get started. We are installing these so the high school can have tournaments and host sectional tournaments and things like that.”

The accepted bid for the tennis courts comes a few months after the Helena City Council authorized the expenditures from the 1-cent tax fund to bring the upgrades to Joe Tucker Park. In addition, the expenditures will also include the installation of a turf field and rubberized track at Husky Stadium once the bids are accepted through the county.

The project will bring the total number of tennis courts to six at Joe Tucker Park once construction is complete.

Helena Councilwoman Leigh Hulsey said the tennis court project is a win for the students and also the parents.

“I’m so excited to be moving forward with some more athletic facilities for the school,” Hulsey said. “Our middle schoolers use it, our high schoolers use it and this has been a long time coming. We all love football, baseball and softball and they’re amazing, but these other sports getting their facilities and being able to have tournaments and host them here… I am so happy for them and I know their parents are. It’s just nice to see us continuing to add to that.”