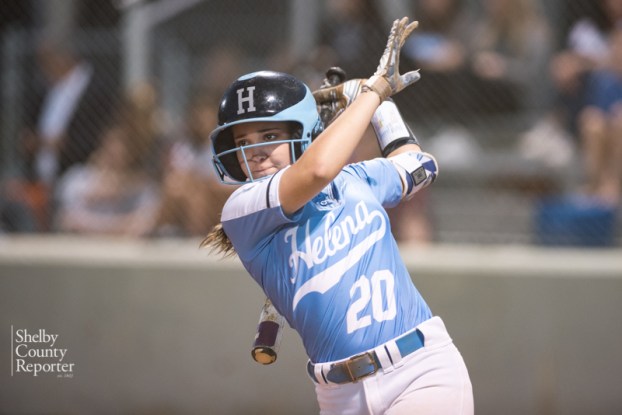 Helena softball moves to 3-0 on the season

After shutting out Prattville to open the season, the Helena Huskies varsity softball team didn’t yield a run in its next game against McAdory and used a late rally to defeat Vestavia to remain unbeaten on the season.

The Huskies defeated the Yellow Jackets 10-0 on Monday, Feb. 25, and completed the come from behind 4-3 victory over Vestavia on Tuesday, Feb. 26.

Here is a recap of both games as the Huskies moved to 3-0 on the season:

After pitching a three-hit complete game shutout against Prattville, Helena starting pitcher Avery Barnett picked up right where she left off in the circle against the Yellow Jackets.

In three innings of work, Barnett allowed just two hits and struck out four against McAdory on 40 pitches. She has yet to surrender a run through 10 innings this season, as she exited the game with the Huskies holding a comfortable 8-0 lead.

The Huskies extended its lead to 8-0 in the bottom of the second inning on another error and a Megan Fortson RBI double to score Lexie Bullock.

The game would reach the 10-run rule in the bottom of the fifth inning as Peyton Wilkins scored on a fielder’s choice to make it 10-0.

In the final two innings, Peyton Doriety allowed no hits and struck out one on 24 pitches in relief of Barnett.

At the plate, Fortson finished the game 2-for-2 with three RBIs, Torie White was 2-for-3 with an RBI and two runs scored and Wilkins finished with three runs scored as Helena collected eight hits as a team.

McAdory was held to two hits and committed five errors in the game.

The following day, Helena traveled to Vestavia Hills to take on the 7A Rebels where a seventh inning rally helped the Huskies stay unbeaten.

Vestavia started the game with a three-run first inning thanks to two RBI singles and a fly out resulting in a runner tagging from third to score.

Barnett was in the circle again for Helena and despite giving up three runs early, she settled in to throw a complete game allowing just five hits to record the win. She allowed no runs over the final six innings.

Offensively, Helena’s first run of the game came in the top of the third inning on a two-out RBI double by Bullock to score White cutting, the lead to 3-1.

One inning later, Helena opened the top of the fourth inning with back-to-back doubles by Wikins and Haley Morris to make it 3-2 Vestavia.

Cam Bailey then entered the game as a pinch runner for Morris who advanced to third on a passed ball.

Julia Wilkins then hit a sacrifice fly to score Bailey as the Huskies tied the game.

After three scoreless innings for both teams, the game entered the final inning still tied as Helena came through clutch.

After a leadoff walk, Fortson hit a sacrifice bunt to move Chaney Handley into scoring position. After a White ground out, Handley moved to third but there were now two outs in the inning.

Now trailing by one, Vestavia had one last chance in the bottom of the seventh inning as the Rebels first two batters were retired on ground outs.

Barnett then allowed a two out single but the next batter lined out to end the game.

Bullock led Helena at the plate going 3-for-4 with two RBIs.

By GRAHAM BROOKS / Staff Writer PRATTVILLE – The state of Alabama saw plenty of wet weather the week of... read more