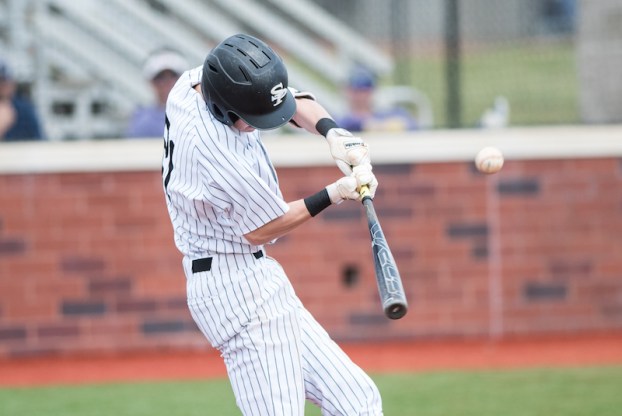 Spain Park was able to take advantage of several walks and some big hits to pull away for a 10-4 road win against Gadsden City on Tuesday, Feb. 26. (File)

GADSDEN – Five hits was all Spain Park needed to pick up a 10-4 victory in a road matchup with Gadsden City on Tuesday, Feb. 26, as the Jags took advantage of those five hits as well as inconsistent pitching from the Titans, which led to the Jags drawing 13 total walks, several of which resulted in runs.

While the first inning of the game saw the two teams play to a 1-1 tie thanks to a hit batter driving in a run for the Jags, and a passed ball doing the same for Gadsden City, the second was where the game took a lopsided turn.

Spain Park (3-2) opened up its lead with a dominant inning that featured five runs to claim a 6-1 advantage.

Even more impressive is that all of that damage came with two outs in the inning and without the Jaguars picking up a single hit.

The only hit came from Colton Ledbetter with one out in the inning, before a fly out put two outs on the board. Following that second out, however, Lane Willis was hit by a pitch, before walks to Adam Wygle and Colby Mills drove in two runs.

Then an error allowed Matthew Robbins to reach base and Willis to score, before two more walks from Chris Mancill and Carter Sidor brought home two more runs to give Spain Park a 6-1 advantage through two innings.

Over the next two innings, that lead was extended by three more runs.

In the top of the third, it was two doubles from Willis and Mills that drove in two runs, while the fourth was due to a sac fly from John Poist following two more walks and a lead-off single from Mancill.

Leading 9-1, Spain park added one more run to its total in the top of the fifth on another sac fly from Braden McNees following a hit by pitch from Ethan Smallwood and Jaxson Lucas.

Ledbetter led the team at the plate going 2-for-3 with three runs scored and two walks. Colby Mills was the only player with multiple RBIs driving in two runs after a 1-for-1 day featuring two walks and one run scored. Mancill and Willis were the only others to pick up hits in the game.

Robbins got the start on the mound and pitched four innings allowing two hits and one unearned run, while striking out six. Ashton Cobb, Lee Miller and Stanton Freeman each pitched an inning in relief and allowed three combined unearned runs.