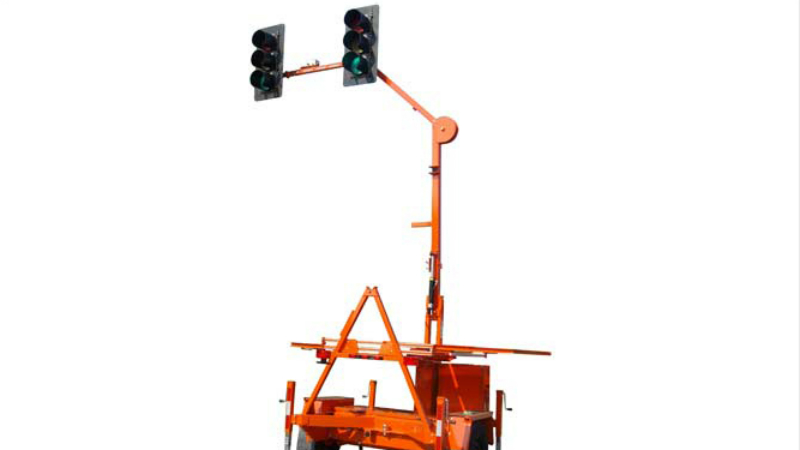 Temporary traffic signals at the intersection of Shelby County 11 and Shelby County 280 (Old Hwy. 280) in Chelsea will be replaced by permanent signals in the coming weeks.

CHELSEA – The Shelby County Commission awarded a bid for the installation of traffic signals at the intersection of Shelby County 11 and Shelby County 280 (Old Hwy. 280) in Chelsea, but it could still be weeks before the signals are installed.

Shelby County Engineer Randy Cole updated the Commission on the project after the Commission, at its meeting on Monday, Feb. 25, awarded a bid in the amount of $108,474 from Stone and Sons Electrical Contractors Inc.

The awarded bid was the only one received, according to the resolution.

Temporary traffic lights have been in place at the intersection since the end of January—and are notable as the first of their kind (the signals are mounted on trailers instead of wooden poles) in Shelby County.

Cole said the project’s contractor will order permanent poles, but delivery of the poles could take weeks because there is only one such manufacturer in the country.

“He’s putting the pole order in this week,” Cole said about the contractor. “As soon as they’re in, he will begin the erection process…He works with, being an electrical contractor, he works weekly with Alabama Power. They’ll get a transformer set, and just as soon as it’s practical we’ll get to see them installed.”

The signals will be mounted on mast arm poles instead of strung across wires, Cole said, and should thus be more visually appealing.

“That doesn’t really complicate things,” Cole said the installation timeframe. “We still would have had to order poles anyway. We’ll get this done as fast as we possibly can.”