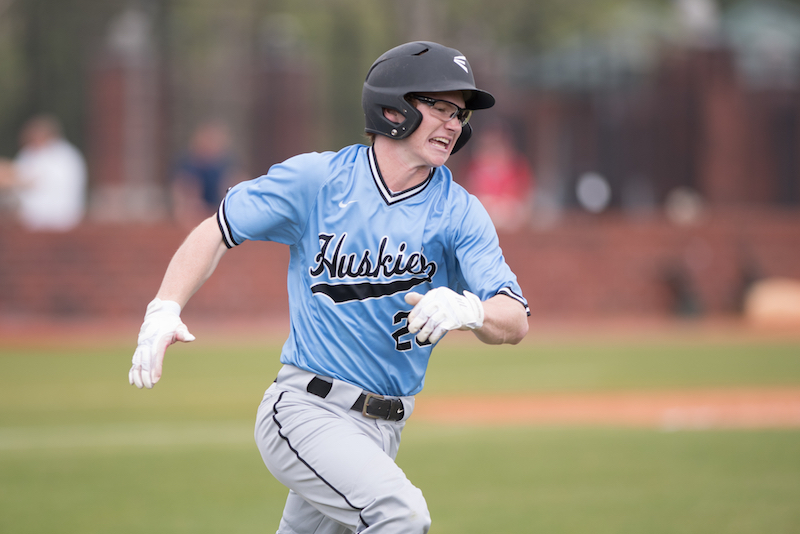 Helena defeated Hoover two out of three games while scoring 22 runs total against the Bucs. (File)

After a tough start to the season, the Helena Huskies varsity baseball team has rebounded as they defeated 7A Hoover two out of three games beginning with a double header on Saturday, Feb. 23 and a single game on Tuesday, Feb. 26.

In game one of a Saturday double header, Helena got off to a quick start in the top of the first inning plating two runs after a Hoover error, back-to-back singles and a fielder’s choice that put the Huskies up 2-0.

A few innings later, Helena extended its lead when Nick Thompson hit a two-out RBI single to score Luke Stamba to make it 3-0.

Hoover got on the scoreboard in the bottom of the third inning with a sacrifice fly to cut the lead to 3-1.

Hoover would make a late push in the bottom of the sixth inning trailing by three runs as the Bucs hit two RBI doubles in the inning to cut Helena’s lead to 4-3 heading to the final inning.

Holding a slim lead, Helena would get some much-needed insurance runs in the top of the seventh inning as John Stephen Heacock and Tyler Jon Santos started things off with back-to-back singles.

An error on Hoover would then plate a run to make it 5-3, followed by a sacrifice fly by Blake Howard to score Ryan Storey to make it 6-3 Helena.

McCall Caruso then entered the game for Helena to try and close things out as he forced a line out and a double play to end the game to secure the win.

At the plate, Helena was led by Stamba who went 2-for-4 with three runs scored and Heacock who finished 2-for-3 with a run scored and an RBI.

There was no shortage of offense for Helena in game two of the double header as the Huskies used a seven run second inning to power its way to a nine-run victory to sweep the double header.

The second inning was a rough one for Hoover, as they issued four walks, allowed two hit by pitches and committed on error.

Stamba drove in the first run of the game on an RBI single and the next four runs came in were either due to a walk or hit by pitch. The final two runs of the inning came on a Kellen Watkins fielder’s choice that scored Heacock and Riley Marks.

Helena would tack on two more runs in the top of the third inning on a Brody Moss sacrifice fly and an RBI double by Heacock to extend the Huskies lead to 9-0.

Over the fourth and fifth innings, Hoover would cut into Helena’s leading scoring six runs over the two frames to cut the lead to 9-6, but that’s as close as the Bucs would get.

Helena would score seven runs in the final two innings to put the game away for good as the Huskies finished with 10 hits as a team.

Moss led the way for Helena with three RBIs while Stamba, Heacock, Watkins and McGwire Turner all finished with two RBIs apiece.

Three days later, Helena and Hoover met again and this time the Huskies couldn’t get anything going as Hoover starting pitcher Daniel Swatek was nearly untouchable, throwing a complete game shutout while allowing just one hit. He also struck out 10 batters on just 84 pitches to get the win.

After Hoover took a 1-0 lead in the top of the first inning on a sacrifice fly, Helena’s lone hit in the game came in the bottom of the frame on a two out single from Moss.

Hoover would not add to its lead until the top of the sixth inning when Robby Ashford hit a two RBI single with two outs to put the Bucs up 3-0.

For good measure, Hoover would get another two RBI single in the top of the seventh inning to bring the score to 5-0.

Down to its last chance, Helena was unable to muster a comeback as Swatek struck out the side in the bottom of the seventh to end the game.