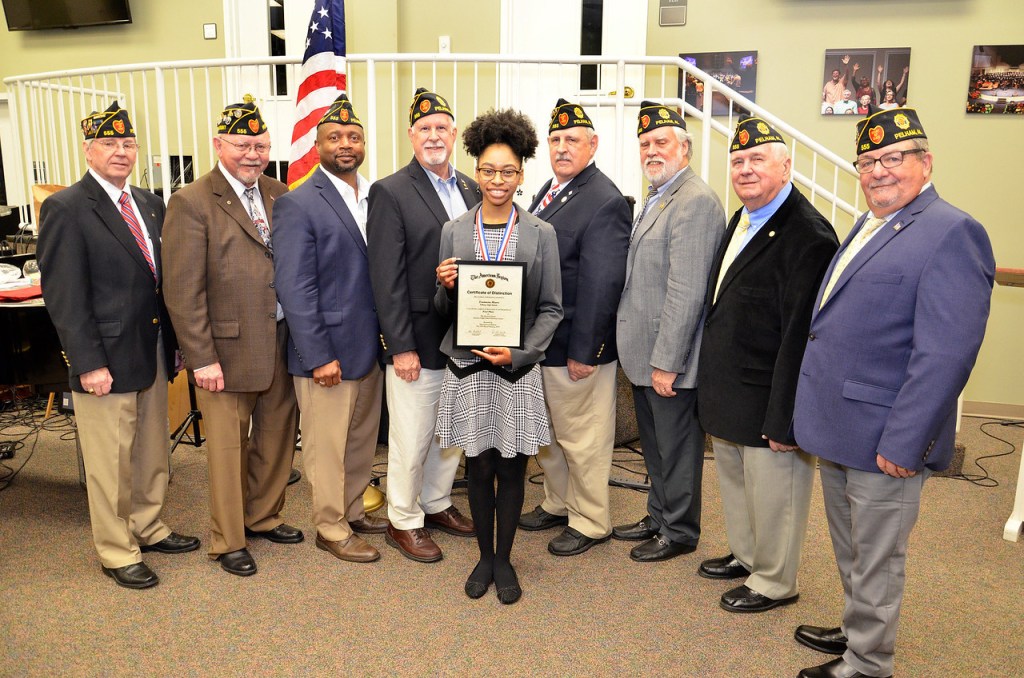 PELHAM – For the second year in a row, a Pelham High School student will compete in the American Legion’s statewide oratorical contest that’s set for March 9.

Each of the winners received certificates of distinction and engraved gold, silver and bronze medals. The judges and the moderator for the competition each received a coffee mug with an eagle and Post 555 printed on the side.

This marks the second year in a row that a Pelham High School student will compete in the state competition.

In the national competition, contestants will spend three days in Indianapolis at the headquarters for the American Legion. All expenses will be paid for the contestant and two chaperones.

The winner of the national contest receives an $18,000 scholarship, second place receives $16,000 and third place gets $14,000. Also, each time the contestants give their speeches they will receive $1,500.