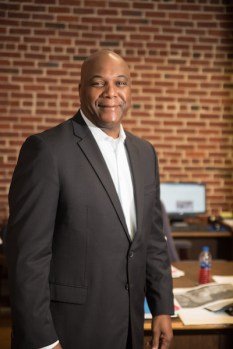 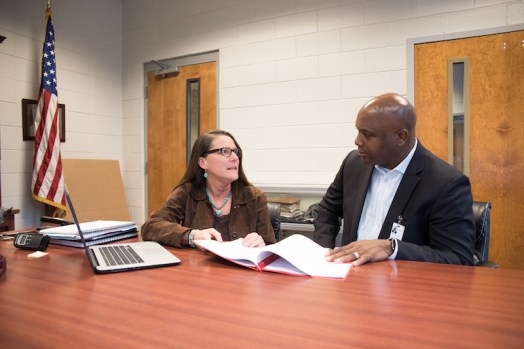 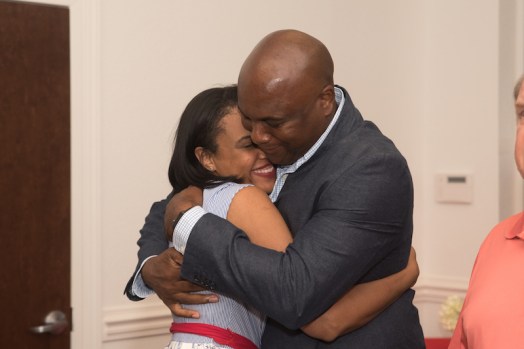 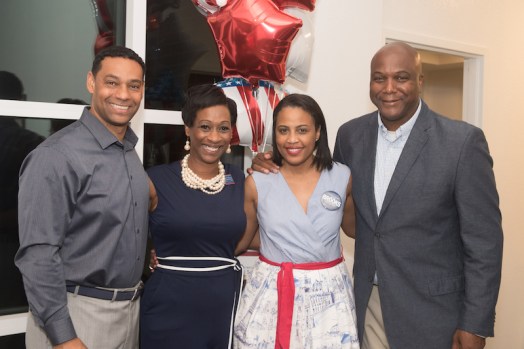 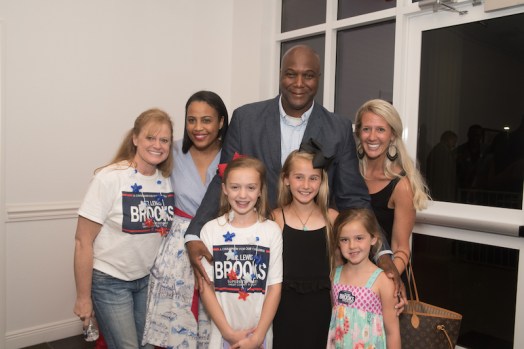 One of the earliest influences on the new Shelby County Schools superintendent was also one of his most recent.

Dr. Lewis Brooks is quick to credit relationships as the bedrock of his 27-year career in education. It’s these ties—principally with his own teachers that continued for years to come—that have shaped his roles as a college basketball player, coach, teacher, principal, elementary district coordinator, middle school district coordinator, assistant superintendent of administration and now superintendent. And one of the strongest was his basketball coach at Hueytown High School, Randy Fuller. “He… poured into me and saw something in me,” Brooks says. “I think through my high school career he really worked hard on my behalf for me to have opportunities.”

A letter that Fuller sent out to college coaches speaks volumes of this dynamic. ”I think one of the most compelling parts of the letter is that he spoke of my high morals and character,” Brooks says. “I think anytime a teacher can identify those things in you, and being 15, 16 or 17 years old, you don’t fully understand what that means. But I think that those were the things that he felt like he saw in me as a person and communicated that in a letter. He didn’t have to do that.”

As it turns out, Fuller was right in believing in not only Brooks’ physical capabilities on the basketball court, but also his leadership abilities that came into play as Brooks attended the University of Montevallo on a basketball scholarship. It was also his entry point into Shelby County and relationships he still holds today.

While studying at the University of Montevallo, Brooks thought he wanted to go into physical therapy, but he ended up choosing teaching instead. “I think one of the things that I try to share with kids is that sometimes we believe that there are things that we want to do in life and those experiences manifest themselves into other things,” he says now looking back. “So, for me the perfect niche was being a teacher and coach.”

Upon graduating from Montevallo, Brooks began his career in 1990 at Bessemer City Schools as a seventh-grade science teacher at the alternative school. “It was during a time when some tough things were going on,” Brooks says. “I think gangs were a lot more prevalent then, and so it really was a challenging position for a young teacher, but rewarding.”

While he was working on his master’s degree back at Montevallo, Dr. Lee Doebler was not only his professor but also on the board at Shelby County Schools at the time. One day he asked Brooks if he’d be interested in an open position in Shelby County. And that’s how at just 24 years old, Brooks became the head basketball coach and junior varsity football coach for the Vincent High School Yellow Jackets. “Part of Vincent’s alma mater is ‘speak to where southern skies shine the brightest,’ and I think that’s always meant a lot to me because that community is a very special community. And I’m blessed to have worked and taught there,” Brooks recalls.

Not long after receiving his first role as a principal, Brooks hit a low point that ultimately led to a change in his career when his dad passed away at age 61. “I would say of the things that have happened in my life, that was probably the most devastating thing that I’d ever dealt with,” he says. “I struggled, but interestingly enough one day I got a call from the superintendent at Talladega County.”

The superintendent went on to tell him they’d heard great things about him as a leader and wanted him to consider district-level jobs open in Talladega County. He didn’t know much about the area but was intrigued by the opportunity and met with them—and then eventually started as their elementary and middle school coordinator.

After serving 15 years in Shelby County, he felt the move to Talladega County in 2005 was necessary to give him a new focus and direction. “I took the opportunity because I think part of it was the personal trauma, if you will, dealing with the loss of my dad, and I just felt like I needed something different,” Brooks says.

He’d go on to serve four years there before coming back to Shelby County as a middle school coordinator in 2009 and then as an assistant superintendent of administration and pupil services starting in 2012. It was in 2009 that Brooks was reunited with his high school basketball coach and mentor Randy Fuller, who served as superintendent of Shelby County Schools from 2006-2018—paving the way for Fuller to pass the torch at the end of his tenure.

In that time Brooks learned from Fuller on a new level. When you have a teacher, a coach or an administrator in school believe in you, Brooks says, then you will think the sky is the limit. He’s seen that in his own students now, but he first learned it back in high school. “I knew Randy Fuller believed in me,” he says. “I knew that his family loved and cared for me, and…those relationships have lasted. Now I’ve gotten an opportunity to see his kids grow up, and I get a chance to know his grandkids.” And those relationships, he says, are of utmost importance.

At Fuller’s retirement party in November 2018, he reiterated that Brooks, along with several other people during his career path, helped him reach great heights. And his sentiments echo Brooks’. “What I see when I look out here is everybody that influenced me,” Fuller says. “From coaches to administration in Shelby County it has been such a wonderful journey, and the influences that we have on each other has been something special. I’ll always believe that we influence people and they influence us and that’s our ministry. I talk a lot about the ministry of presence and your presence with someone else when you go into a room and talk with someone. Just spending time with someone is a ministry and a presence of influence that carries you through life, and it’s carried me through mine.”

A future as superintendent

Now Brooks is taking over Fuller’s role with a full desire to believe in others. He was elected superintendent in the Republican primary election on June 5, 2018. “For me personally, my goal is to always be a servant,” Brooks says. “I think one of the best things about this opportunity is that when you look at the landscape of Shelby County Schools, we have great teachers, leaders in our school, a central office team and the opportunity to find your leadership niche. Just to serve this growing community certainly was intriguing.”

Now that Brooks has taken over, he intends to work on the solid foundation the school district has built in recent years thanks in large part to Fuller, other central office staff and teachers. “We don’t need to dig up the road and resurface it,” he says. “I think we’re on a good path, but I think there are things that I talked about on the campaign that I really think are important aspects of helping us move our system further.

“I’m committed to continuing school improvement, trying to provide the best instructional programs that we have to offer for our kids, leadership development, but more importantly, moving forward I’m committed to this idea of…innovative opportunities (for) every community.”