Pelham pulls off shutout of Cullman 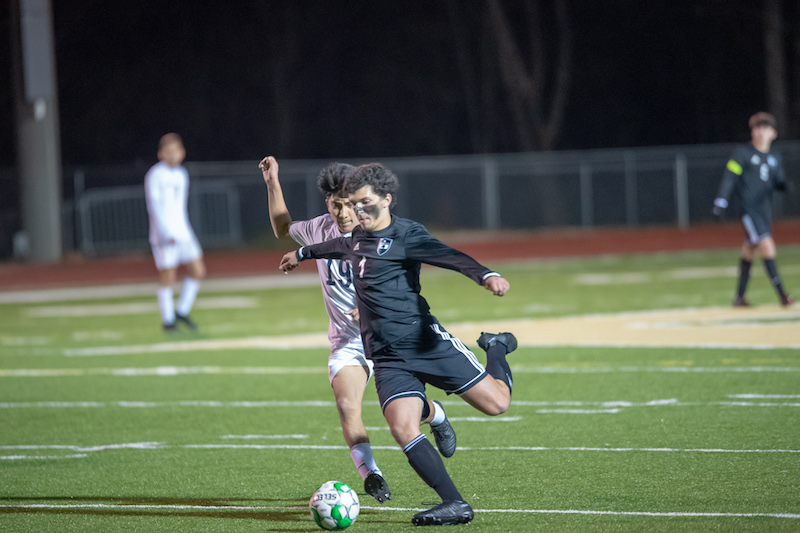 The Pelham soccer team hit the road on a cold Tuesday, March 5 night and came away with a 3-0 shutout victory to bounce back from a difficult loss to No. 1 Homewood. (For the Reporter/Larry Dancy)

CULLMAN – It was a frigid night for soccer on Tuesday, March 5, with temperatures in the low to mid 30s, but that didn’t stop the No 5 Pelham Panthers from getting hot to bounce back from their second loss of the season by shutting out Cullman 3-0.

The Panthers (4-2-1) were coming off a hard-fought battle to Homewood that ended with a 1-0 loss that could have carried over into their performance against Cullman, but head coach Patrick McDonald made sure his team was ready to go despite the cold temperatures.

While Cullman has struggled this season, the game marked a big opportunity for Pelham to pick up some confidence heading into their first area game of the season on Friday, March 8, against Helena, who upset Chelsea in its first area game.

Early in the game, both teams tried to get loose and warmed up with the chill in the air, which led to a defensive battle for half of the opening period.

That changed a minute after the midway point of the first half when Eber Serrano was able to take a beautiful assist from Irvin Rodriguez and bury it in the back of the net for a 1-0 lead with 19 minutes remaining in the period.

On a cold night, that was all of the scoring for the next 50 minutes of real time and 36 minutes of game time as the two teams went into the halftime break with Pelham on top 1-0.

The next bit of action didn’t come until close to midway through the second half when Miguel Agando capitalized on another great pass, this time from Adrian Arceo. Agando gathered the pass and ripped a shot into the back of the net for a 2-0 lead in the 57th minute.

With Cullman now on its heels in a 2-0 deficit late in the game, Pelham capitalized with a knockout punch a minute later. Greg Blue was able to pick up a goal on an assist from Tyler Deaver, which put the Panthers up 3-0 with 20 minutes to play.

With a three-goal deficit and Pelham playing tremendous defense, Cullman was in a deep hole as the lead just propelled the Panthers’ defense to play better. They went on to close out the final 20 minutes with as much effort as they put in during the first 60 to complete the shutout effort.