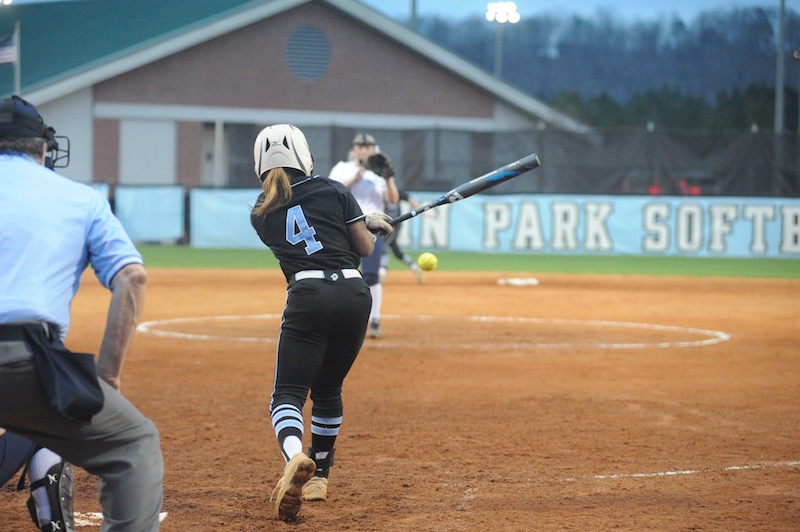 Spain Park's softball team has been on a roll early in the season and picked up an easy 11-4 win against Gardendale on Tuesday, March 5. (File)

BIRMINGHAM – Early in the 2019 softball season, Spain Park has played like a college softball team with several Division 1 recruits, and on Tuesday, March 5, the Jaguars got a chance to display that talent on a college softball field with a neutral site game against the Gardendale Rockets at UAB’s Mary Bowers Field.

And again, the Jags looked the part by picking up an 11-4 victory in a venue suitable for two of the best softball teams in the state. An opportunity some won’t get again and most of the players won’t forget led to a special showing on the field between the two teams.

Spain Park started hot with six runs in the first three innings, but Gardendale put together a strong comeback attempt in the fifth with four runs to cut the deficit to two.

That’s when, as most great teams do, Spain Park closed the game out with a purpose with five runs in the bottom of the sixth to close out the 11-4 win.

For all but that one inning, the Jaguars controlled the game thanks in large part to the usual impressive outing from Annabelle Widra in the circle.

While she was responsible for the Rockets’ four hits and four runs in the game, all the runs came from one swing of the bat with a grand slam. She went on to strikeout 13 batters faced in the complete-game effort to pick up the victory.

Offensively, after a scoreless first inning, the Jags struck in a big way in the bottom of the second.

A walk from Caroline Wooley and a double from Lydia Coleman, quickly put two runners in scoring position before a fielder’s choice from Bailey Bowers brought home the game’s first run.

The rest of the damage came with two outs.

Widra walked to start the rally, before Taylor Harrington hit a bases-clearing triple to left field that allowed the Jags to take a 4-0 lead. That, oddly enough, was followed by a second consecutive triple when Maddie Majors did so to right field to drive Harrington in for the 5-0 lead.

In the bottom of the third, the Jags added to that lead when Bowers drove in Coleman with an RBI-double for a 6-0 advantage through three innings.

Gardendale finally put together their answer in the top of the fifth when the Rockets were able to hit a grand slam over the center field wall to cut Spain Park’s lead to 6-4.

After a 1-2-3 bottom half to the fifth and top half of the sixth, the Jags stepped to the plate and closed the game out in the bottom of the sixth and it started with a lead-off home run from Bowers, who continued her stellar game.

After a couple outs were put on the board, Spain Park capitalized on walks and errors from the Rockets when Lindsay Parker walked in a run for an 8-4 lead before a double from Wooley drove in two more for a 10-4 advantage.

The final blow came on an RBI-single from Coleman to create the final score of 11-4.

Bowers led the Jags at the plate with a 2-for-3 day featuring three RBIs and two runs scored with a double and home run. Harrington went 2-for-4 with three RBIs, while Wooley went 1-for-3 with two RBIs. Majors added two hits with an RBI as well.