‘A big day for Columbiana:’ Groundbreaking held for new subdivision 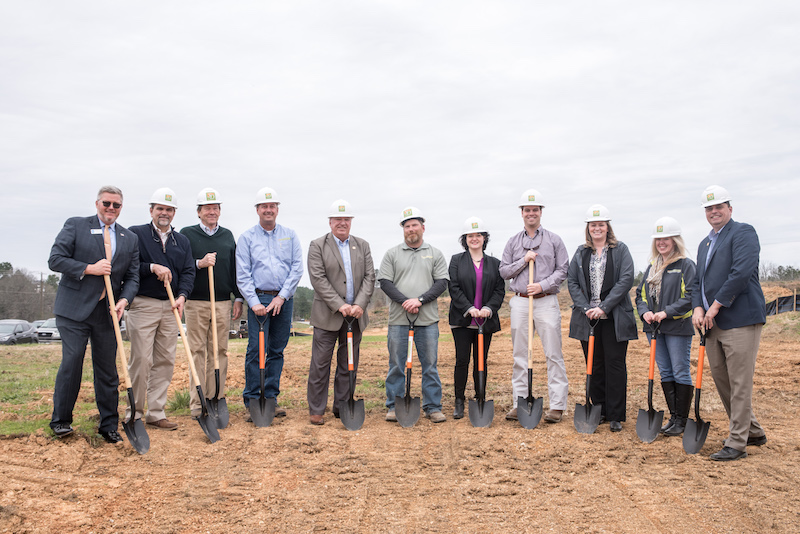 A March 7 groundbreaking ceremony signaled the start of home construction at Springs Crossing, a new subdivision near the intersection of Alabama 70 and Shelby County 26 in Columbiana. (Reporter Photo/Keith McCoy)

COLUMBIANA – Local leaders and residents celebrated the end of Columbiana’s dry spell in home construction with a groundbreaking ceremony at the site of a new subdivision March 7.

The Smith Douglas Homes subdivision, named Springs Crossing, will be located on property near the intersection of Alabama 70 and Shelby County 26.

“There has not been a new subdivision started in Columbiana in over 20 years,” Mayor Stancil Handley said. “This subdivision—with the quality people working on it—is going to be another jewel in Columbiana’s crown.”

Petra Pryor, a sales agent with Ingram and Associates, said the public’s response to the subdivision has been “awesome,” and added the model home is slated to be finished in mid-April, followed by inventory homes in mid- to late May.

Brian Sparks, another agent with Ingram and Associates, said the seeds of Springs Crossing were initially planted when then South Shelby Chamber of Commerce Director April Stone reached out to him with the idea of building a subdivision on the property.

“We thought it was great,” Sparks said. “We’re excited about the homes and what Smith Douglas is going to do here.”

Handley also recognized developer Randy Goggans for his work on the property.

“I’ve been waiting on this day for this piece of property for 20 years,” Handley said. “This is a big day for Columbiana.”