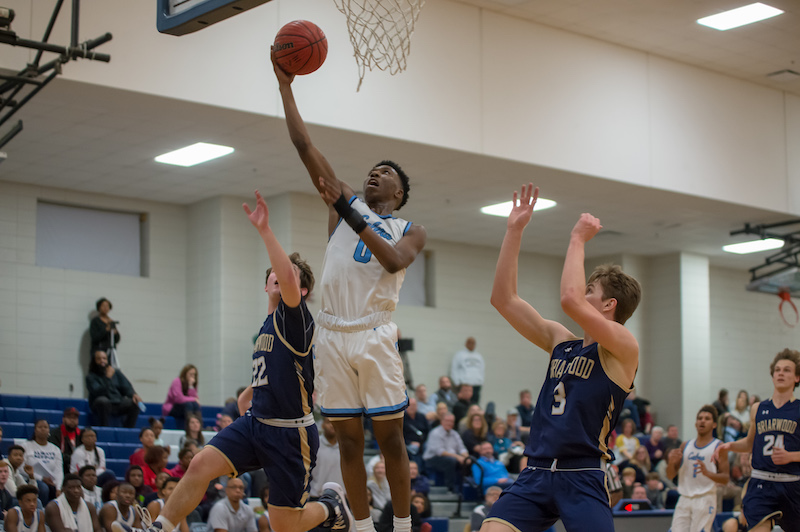 Calera’s CJ Smith, above, signed to continue playing basketball with Paris Junior College after a stellar career with the Eagles. (File)

CALERA – A senior season that was riddled with injury ended on a high note for Calera senior point guard CJ Smith after the Eagles’ ball handler signed to join Paris Junior College in Paris, Texas, on Thursday, March 7, to continue playing the sport of basketball.

Smith, who came into the season as the county’s top returning point guard, went down with an injury midway through December of his senior season, but managed to bounce back on Jan. 31 in a big way.

He didn’t just come back and help Calera make the playoffs yet again, but he posted 17 points in his return to the floor. It was part of special senior season where he faced adversity and still went on to average 16.3 points, 4.2 rebounds, 2.5 steals and two steals per game to close out a stellar career with the Eagles.

One day after posting 17 points in his return, Smith stepped on the Calera floor for the final time and dropped 25 points on senior night to put a fitting end to his time in a gym that created so many memories.

While it was a heartbreaking end to the season after losing by one point to Helena in the area tournament championship, and then by three points to Opelika in the Sub-Regional round of the playoffs to miss out on a second Sweet 16 appearance in a row, the remarkable comeback was just a part of Smith’s ride at Calera that was special to watch unfold.

After the season came to an end against Opelika, Smith posted to Twitter saying, “High school career over… was blessed enough to finish my senior (season) after being hurt! I’ll always cherish the past four years.”

While it was a tough realization to make that his time with the Eagles was up, he knew how fortunate he was to have been able to come back and finish out the season with the team and teammates he loved.

As a junior, Smith put his name squarely on the map by averaging 13.3 points, 3.8 assists and 3.1 rebounds per game. That stat line came from a point guard that truly understood the game and knew how to not only make himself better but help his team around him.

That continued into his senior season, and despite the injury, several colleges were able to get a look at him.

As soon as the season ended, he went on some late visits and on Feb. 21, Smith got an offer from Paris Junior College.

It took just over a week for him to make a decision that Paris was the right place and on Friday, March 1, he officially committed to the junior college before signing on the dotted line on Thursday, March 7, to celebrate the end of a long journey.

Smith is a talented athlete, and will likely go on to do big things at Paris before possibly continuing at a four-year school. His reputation isn’t just one that will be remembered, but one that should be mimicked by others moving forward.