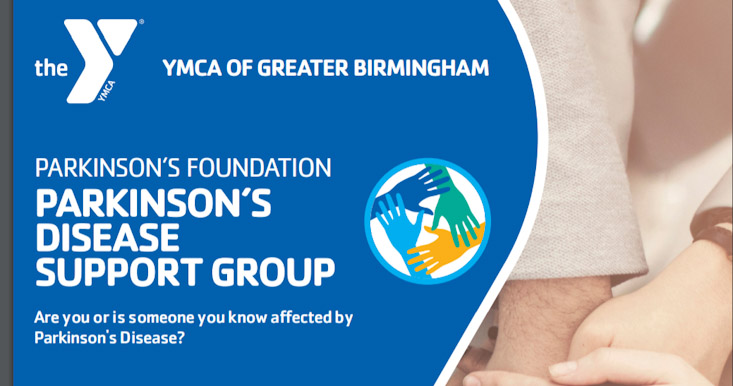 A Parkinson's support group is now being offered once a month at Greystone YMCA. (Contributed)

BIRMINGHAM– The Greystone branch of YMCA of Greater Birmingham in association with the Parkinson’s Foundation recently began a support group for individuals living with Parkinson’s disease.

Parkinson’s is a neurodegenerative disorder that an estimated 500,000 people in the United States suffer from, according to the National Institute of Health. The disease leads to severe symptoms that can seriously affect quality of life.

This group was created by Andrea Pindroh, Greystone’s Healthy Living director, to help individuals with the disease address these problems and to be a catalyst to help those with Parkinson’s find information about treatment options.

However, according to Pindroh the most important and obvious benefit of the group is support.

“It creates a huge sense of community. It lets people know that they are not alone in their struggle. It also allows people to gain knowledge of things that could happen as a result of the disease.”

The meetings will feature speakers from UAB and professionals in the field to talk with the attendees to help them better understand their condition.

Pindroh described the first meeting on Feb. 12 as a success with a larger than expected gathering and wants to continue to build the group to reach more people.

The group meetings are completely free and are planned for the second Tuesday of every month at the Greystone YMCA.

More information can be found by contacting Andrea Pindroh at 981-0144.