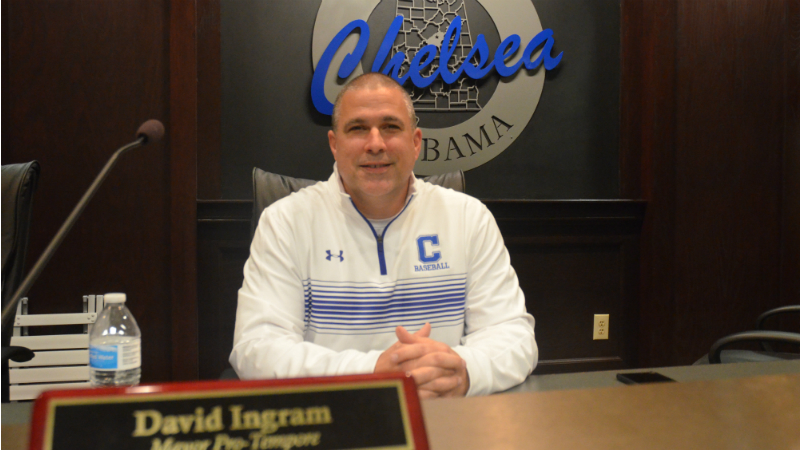 David Ingram has resigned from his seat on the Chelsea City Council after having served in the role since 2012. (REPORTER PHOTO/STEPHEN DAWKINS)

CHELSEA – David Ingram resigned from the Chelsea City Council because of an upcoming change of residence, and replacement will voted upon during a special called meeting on Thursday, March 7.

Ingram, who was first elected to the Council in 2012, announced his resignation during the Council’s meeting on Tuesday, March 5.

“I will forever cherish the time that I have served the city of Chelsea as a Council member,” Ingram said, who noted the support he received when his wife Kristy passed in 2017, and said he would continue to help the city’s new parks and recreation director.

Each of the Council members thanked Ingram for his service, as did Mayor Tony Picklesimer, who called Ingram a “model” husband, father and city servant.

Picklesimer noted that Ingram had volunteered to lead the Chelsea Youth Club for about 10 years as well as other efforts.

“His fingerprints and his name and his family’s name are all over this city and will be there for a lifetime,” Picklesimer said. “I’m grateful for his service.”

The special meeting for the Council to vote on a candidate to fill Ingram’s vacated seat on the Council will be held at 5:30 p.m. on March 5.