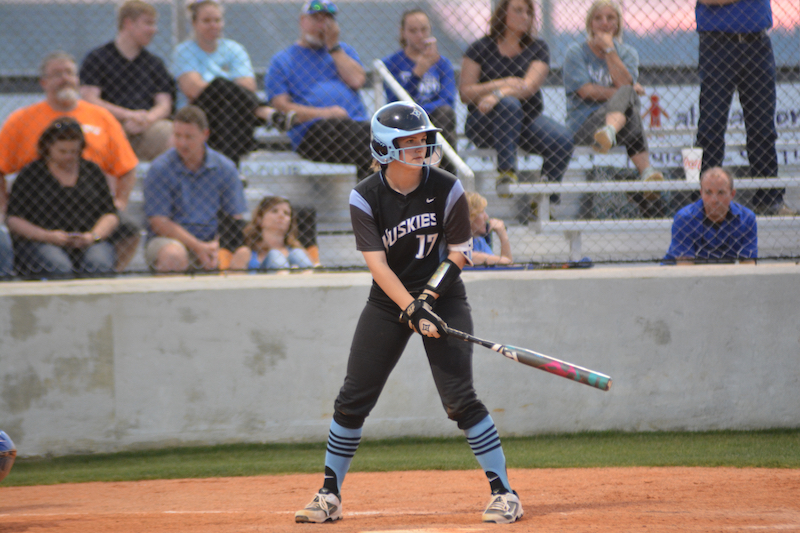 NORTH SHELBY – Using a combination of two big innings resulting in multiple runs and solid pitching, the Helena Huskies varsity softball team was able to take down 7A county opponent Oak Mountain by a score of 8-3 on Wednesday, March 6.

Helena used a four run second inning and a three run third inning while collecting 14 hits as a team to get the win. The Huskies also took advantage of six Oak Mountain errors.

Helena got on the board first after Peyton Wilkins started off the top of the second inning with a leadoff double as Emily Crowe then collected the RBI on a single to make it 1-0.

Later in the inning, Chaney Handley hit an RBI single to score Crowe and Megan Fortson helped extend the lead even more with an RBI single of her own. The Huskies’ fourth run of the inning came on a passed ball that scored Julia Wilkins.

Handley collected her second RBI of the game in the top of the third inning with a single to score Crowe that extended the lead to 5-0.

Two batters later, Torie White hit a ground ball to third base that resulted in an Oak Mountain error to score Wilkins and Handley to make it 7-0 Helena.

Handley and Lexie Bullock led the Huskies in hits with three apiece as both went 3-for-4 at the dish. Handley also scored three runs and led Helena with two RBIs in the game.

In the circle, Helena was led by Avery Barnett who pitched five innings where she allowed five hits and two earned runs to pick up another win.

Peyton Doriety pitched the final two innings in relief of Barnett where she allowed three hits and one run to record the save.

With the win, the Huskies moved to 4-2 on the season.