Briarwood Theatre to present ‘Fiddler on the Roof’ 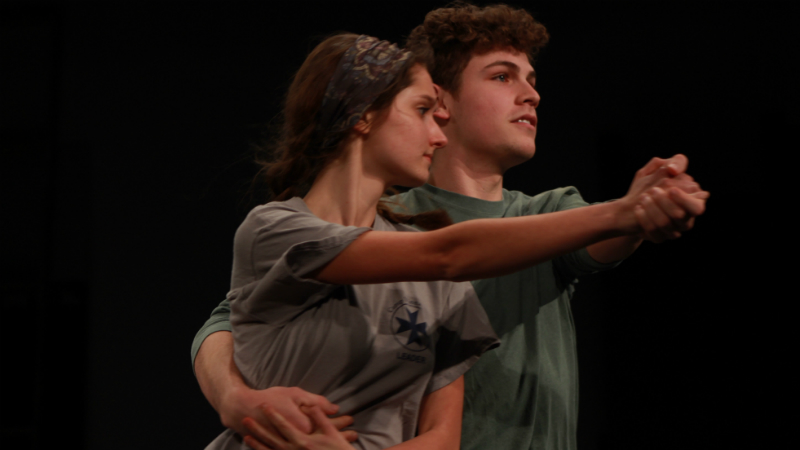 Briarwood High School Theatre students rehearse for an upcoming presentation of “Fiddler on the Roof.” (CONTRIBUTED)

NORTH SHELBY – The Briarwood High School Theatre Department will present one of the most popular musicals ever, “Fiddler on the Roof,” March 14-16.

The musical tells the story of Tevye, the father of five daughters in the Russian village of Anatevka in 1905, who tries to maintain his Jewish religious and cultural traditions as outside influences encroach upon the family.

“Everybody can relate to those things,” Eady said about traditions that are challenged across each generation.

Eady noted the portrayal of Tevye’s relationship with God, whom he talks with throughout the show. The relationship is one of respect but also tenderness.

The original Broadway production of “Fiddler on the Roof,” which opened in 1964, had the first musical theatre run in history to surpass 3,000 performances; and it held the record for the longest-running Broadway musical for almost 10 years.

Eady said “Fiddler on the Roof” is a musical the whole family will enjoy, and the performance will include the accompaniment of a full orchestra.

Perhaps the most recognizable song from the musical is “Sunrise, Sunset,” which has commonly been played during wedding ceremonies.

Showtimes are at 7 p.m. on Thursday, March 14; Friday, March 15; and Saturday, March 16—all at Briarwood’s Barbara B. Barker Auditorium.

Tickets are $10 for adults and $5 for students, and can be reserved at GoFan.com/briarwoodchristianlions.

Tickets will also be available at the door, but those interested in attending are encouraged to reserve them in advance if possible.