No. 2 Chelsea takes down No. 1 Homewood in thriller 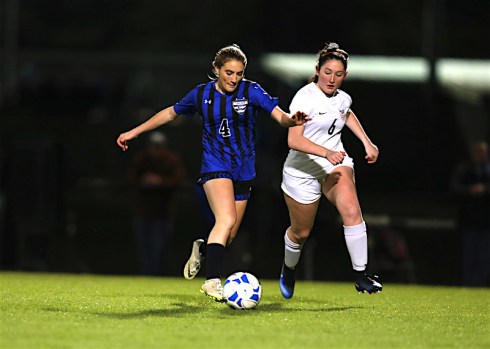 Chelsea’s girls soccer team took down No. 1 Homewood in a battle of top two teams on Thursday, March 7, to remain perfect on the season. (For the Reporter/Cari Dean) 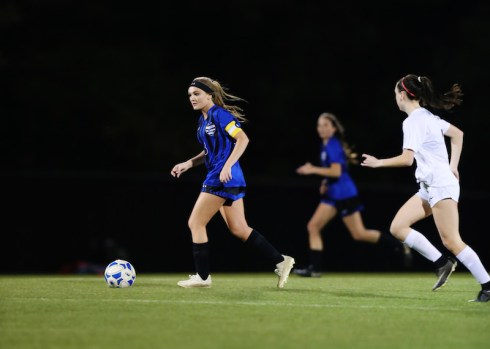 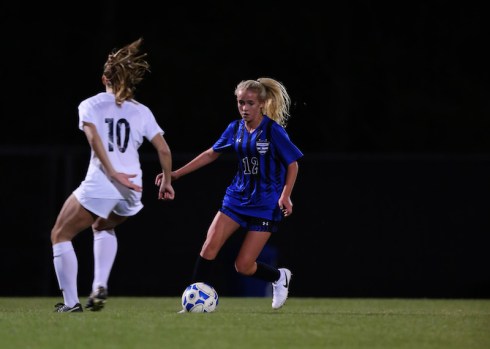 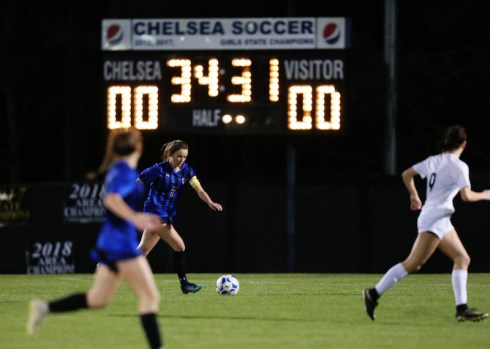 CHELSEA – The air was cold and crisp on a Thursday night in March that had the makings of a matchup usually reserved for late April or early May when the top two Class 6A teams met in a thrilling showdown, as No. 2 Chelsea played host to No. 1 Homewood.

At the end of a thrilling bout, the hometown Hornets emerged from the battle with the 4-3 victory over the Patriots and Chelsea head coach Jonathan Hammett was pleased, but reserved after the marquis win.

“Two really good teams trying to feel each other out, looking down the road and maybe some stuff where we run into each other again in the playoffs at some point,” he said. “It was a very good, competitive game. Homewood is fast and physical and we had some issues with that, but overall both teams played really well and it was one of those things where we made one more play to pull it out.”

Chelsea (8-0) struck first 14 minutes in when one of the Chelsea players broke loose down the right sideline and fired a perfect pass to Haley Duca, who sent a shot just above the box and into the left side of the net for a 1-0 lead.

Homewood responded five minutes later, as Lizzie Oliver took a set piece above the box and ripped it past the goalie to tie the game 1-1.

Chelsea slowly began to win the possession battle as the match wore on, but Homewood was able to stay close. Even as it became obvious that the Hornets were more advanced in their ball skills and passing, the Patriots used their physical presence on defense to keep Chelsea from running away with the game.

Kailey Littleford was the next to draw blood for the Hornets, as she took a nice through pass in the 21st minute, made a nifty move to get into the penalty box and placed a shot that deflected off the goalie’s gloves and into the net.

The lead was Chelsea’s again at 2-1, but only for a short time. The Hornets held a decisive edge in shots attempted, but Homewood was able to manufacture some opportunities of its own and capitalized more often on those chances.

Eighth grader Maddie Massie tied the game again 25 minutes in with an eye-popping shot as she appeared to drive a little too far down the right side, but lifted a high, arching attempt just over the goalie’s hands to tie the game at 2-2 with 15 minutes to go in the first half.

Chelsea found an answer again at home, as the Hornets continued to give each other ample opportunities to score. Freshman Avery Burleson found Littleford with a good pass ahead of the defense to leave her with a short blast in the 32nd minute for a 3-2 lead they’d keep until halftime.

The Hornets racked up 15 shots in the first half putting 10 on goal, while Homewood only managed six shots total.

Homewood (6-1-1) continued to battle and quickly found themselves with another set piece opportunity after a Chelsea foul at the top of the box. Oliver was called upon again to draw the Patriots even for the third time, and she didn’t disappoint as she blasted another shot past the defense leaving the goalie with no chance at a save.

With the game tied 3-3 Chelsea needed one more score as both defenses clamped down in the second half. Again, Chelsea’s defense limited Homewood’s opportunities and only recorded two shots in the first 30 minutes of the second half and finished with five total after halftime. The Hornets found their moment in the 47th minute when Lexie Duca drove deep into Patriot territory, but dribbled back from the baseline and found her sister Haley Duca trailing the play, who turned and sent a shot that bounced off the inside left post and careened into the goal for the 4-3 lead.

“Haley and Kailey really are a dynamic pair for us up top and they’re really good at working off each other,” Hammett said. “They’re not stagnant, they’ll swap sides and we don’t even tell them to play a side it’s just ‘You play the game’ and they’re both very unselfish and willing to give the ball up across the goal instead of taking a shot from a bad angle.”

Both finished with two goals to keep the team perfect this season.