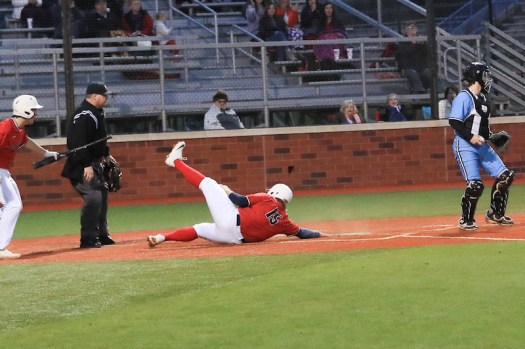 Oak Mountain traveled to Spain Park on Thursday, March 7, and came away with their sixth win of the season thanks to continued impressive bats at the plate. (For the Reporter/Dawn Harrison) 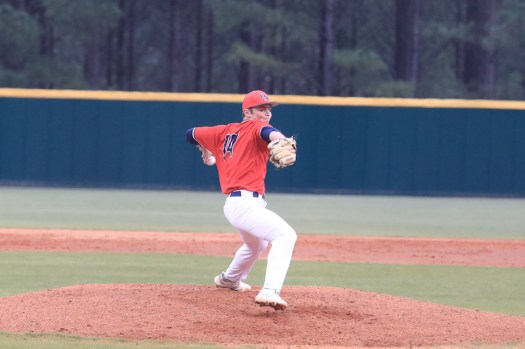 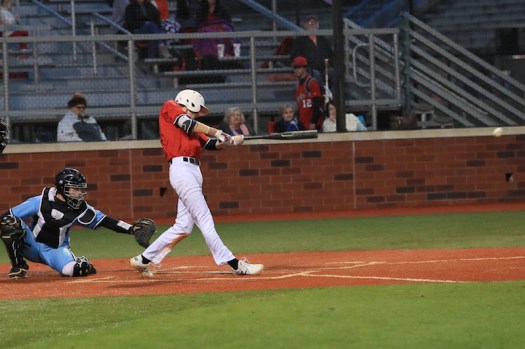 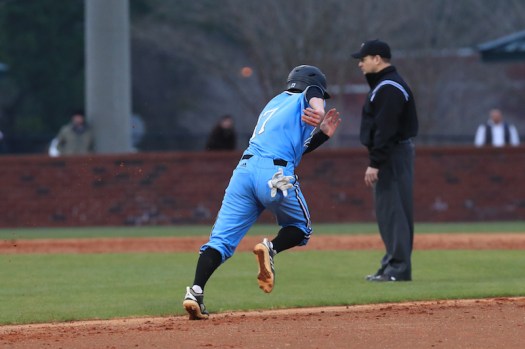 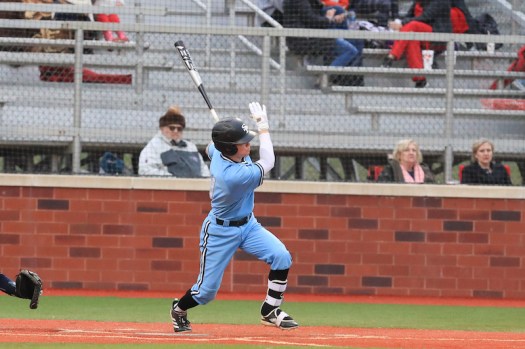 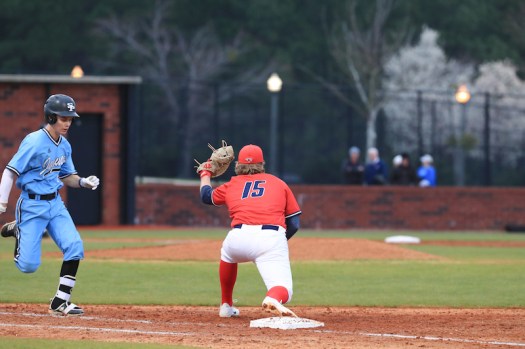 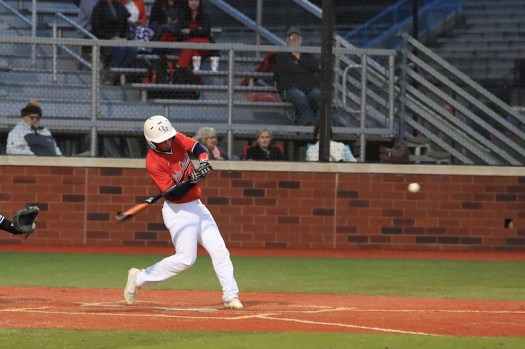 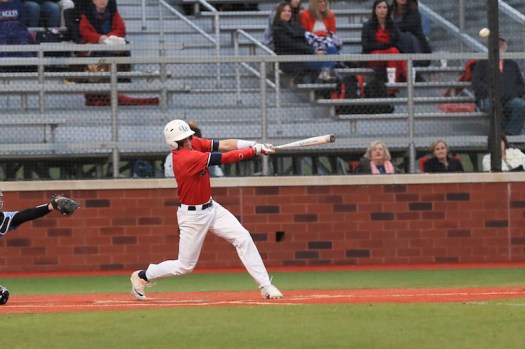 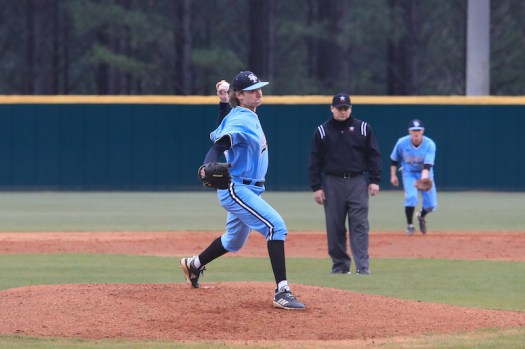 NORTH SHELBY – Oak Mountain’s offensive attack at the plate has been second to none this year having scored 57 runs through its first six games, before adding nine more to that in a 9-4 victory against Spain Park on Thursday, March 7.

The Eagles, who improved to 6-1 with the road win against the Jaguars, put up three runs in the first, three in the fifth, two in the sixth and one in the seventh, as well as 11 hits, to pull away for the win.

On the mound, Jackson Kimbrell continued to flash his brilliance, and while he had his shortest outing of the season, he picked up another win. He went five of the seven innings and allowed two hits, three walks and one unearned run while striking out five to pick up the victory.

The Eagles were really able to take the lead they needed in the opening inning of the game by throwing three runs on the board, which gave Kimbrell all the cushion he needed.

After Kimbrell led the inning off with a walk and Caleb Ragland singled, Landon Cato stepped to the plate and continued a strong senior season when he drove both base runners in with a triple to right field that put the Eagles on top 2-0. Cato then crossed the plate when Ryan Reuse grounded out to the shortstop to put Oak Mountain up 3-0.

The Jaguars added their first run of the game in the bottom of the third inning after two walks from John and Jack Poist, and a single from Colton Ledbetter loaded the bases with one out.

A fielder’s choice from Lane Willis drove in the lone run before a ground out put the final out on the board to end the damage.

After three scoreless innings in a row for Oak Mountain following the three in the first, the Eagles got back to it with three more runs in the top of the fifth.

An error and a double to lead off the inning put two aboard before an out was recorded and then a walk loaded the bases. That was followed by a single from Hunter Hall that drove in two runs before another single from Jack Wilson drove in the third run for a 6-1 lead.

Spain Park was able to answer with runs each of the final three innings, but the Jags could only put one run on the board in each inning, while the Eagles added two more runs in the sixth and one in the seventh to close out the game.

Spain Park was led by Ledbetter with a 2-for-3 day at the plate out of the lead-off spot, while Willis added two RBIs. John Poist, Jack Poist and Matthew Robbins added the other hits.