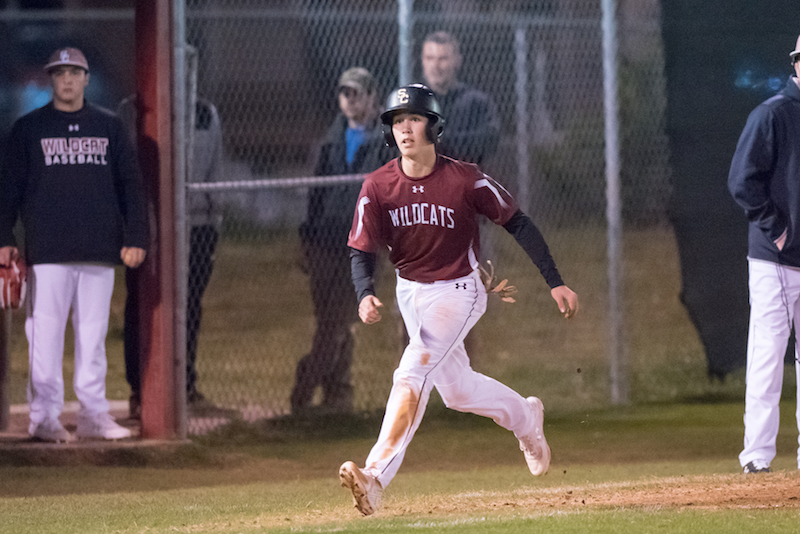 The Shelby County Wildcats are rolling offensively early in the baseball season and are now 7-2 after winning five in a row. (Reporter photo/Keith McCoy)

A day after beating B.B. Comer 11-1, the Shelby County Wildcats continued an incredible run on Thursday, March 7, by taking down Comer again 14-2 to not only extend their win streak to five games, but do so by scoring at least 10 runs in all five of those games.

With the 14-2 victory, that streak continued to five in a row and a combined 61-4 during that span.

Shelby County was able to pick up the dominant effort behind 12 hits and nine runs through the first three innings of the game before adding five more in the top of the fifth to close out the mercy-rule victory.

In the top of the first, the Wildcats were able to score two runs after a lead-off double from Greg Oliver was followed by back-to-back errors. A sac fly from Austin Harris two batters later brought home the third run of the inning for a 3-0 lead.

That just got the bats going for Shelby County, who came back to the plate in the top of the second and strung together five consecutive singles to bring home three more runs and take a 6-0 lead.

Two passed balls in the next two at bats then allowed two more runs to cross the plate for an 8-0 lead through two innings of play.

Shelby County added one more to that total in the top of the third after Matthew Pearson grounded out to the shortstop, but also drove in Ethan Carter for a 9-0 advantage.

Comer cut into that deficit with a single and back-to-back doubles to lead off the bottom of the fourth, but the two runs scored in that span were all the home team could put on the board with the Wildcats still up 9-2.

The Wildcats then answered immediately by posting two singles, two walks and a double in the top of the fifth. That combined with several errors and passed balls allowed five more runs to cross the plate for the final score of 14-2.

On the mound, Shelby County got several guys valuable experience with Harris, Carter and Jessup Lodge all entering the game and pitching at least one inning to combine for seven strikeouts.