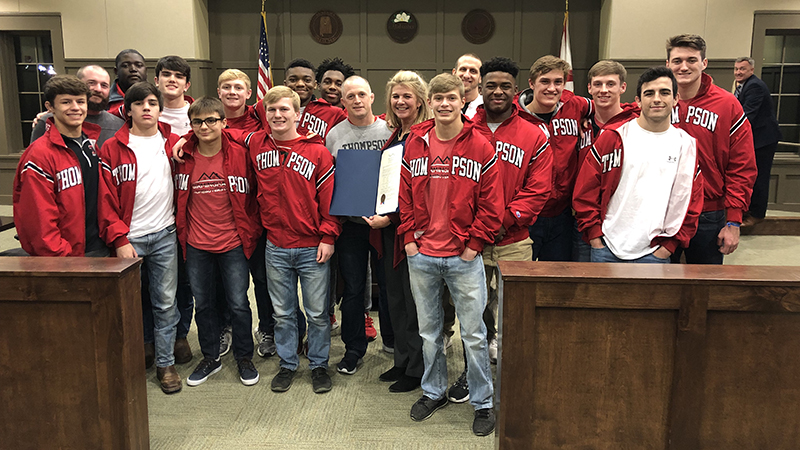 ALABASTER – A few weeks after capturing its seventh state championship in the past nine years, the Thompson High School wrestling team earned some more time in the spotlight during an early March Alabaster City Council meeting.

During the March 4 meeting, Alabaster Mayor Marty Handlon honored the team for continuing the unprecedented success it has seen over the better part of the past decade.

“I proclaim it is a great day to be a Warrior, and encourage our community to congratulate the wrestlers, coaches and parents of these young men, and to continue to support and encourage this program, as well as these talented young men in their pursuit of future goals,” Handlon said while reading the proclamation.

In mid-February, the Warrior wrestling team dominated the Class 7A state championship by totaling a tournament-record 180 points as a team, which was much higher than second-place Hoover, which had 116.5 points in the title tournament.

The following THS wrestlers were on the state championship team: