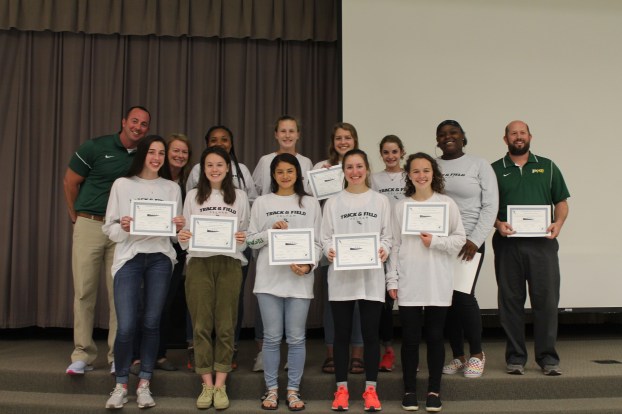 The PHS Girls' Track Team is recognized at the PCS BOE meeting for winning the 6A Indoor State Track Runner-Up title. (Contributed)

“The Board wishes to extend its gratitude for the work and dedication that were required to accomplish this achievement. Thank you for your outstanding representation of Pelham City Schools,” Dr. Coefield said.

“Coach Springfield, Coach Argo, and Coach Adams, will you grab your kids and come on up?” Coefield said.

“Coach Kiel and Mrs. Knight, my two picture takers are not here tonight, so parents if anybody can take a photo,” Dr. Coefield said.

Taking the photos, I remembered how consistently our PHS Track Teams have earned much-deserved recognition.

By Connie Nolen / Community columnist “Do you guys think we should decorate her room in black streamers and balloons... read more