Summit On School Safety could be start of a movement 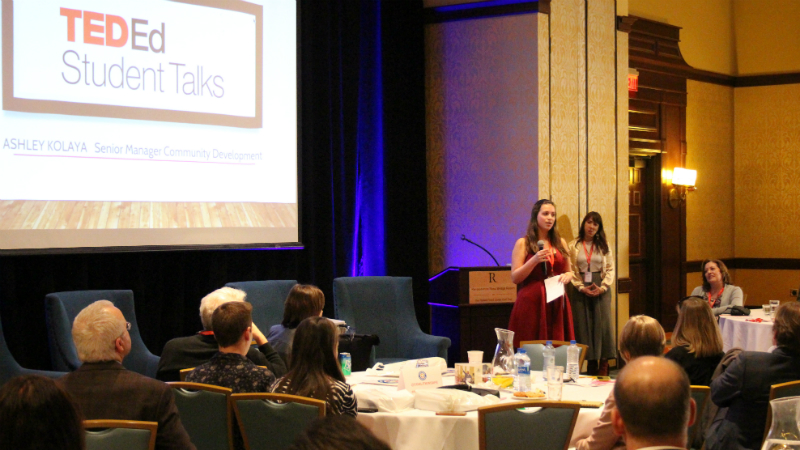 BIRMINGHAM – A conversation about school safety led to a Coalition and a Summit—and from there, possibly more.

Brian Copes, lead Building Science Academy teacher at the Hoover City Schools Riverchase Career Connection Center, was part of a group of teachers who decided they needed to take matters into their own hands and help find solutions to school violence that has plagued the United States.

“I think we’re right here at the threshold of a movement,” Copes said.

Later, at the Global Teacher Prize award ceremony in Dubai, Vondracek and Fatheree shared their ideas with the U.S. teaching delegation, which also included Copes and others.

A panel of teachers formed the National Coalition for Safe Schools and began organizing the National Summit On School Safety, which was held March 1-3 at Renaissance Birmingham Ross Bridge Golf Resort, with sponsors including National Life Group, Teach To Lead and the Varkey Foundation.

The Summit brought together “K-12 educators to share their voices, needs and ideas in order to develop proactive solutions to prevent and address school shootings,” according to NotInMySchool.com.

The Summit addressed a framework of short-term actions educators and schools can take to promote safety and student health and began to development long-term goals for educational policy at the state and national level.

Guiding questions included: Why are some students so angry? Why do students resort to extreme acts of violence to solve their issues? How do we go about re-imagining a safe school for all learners? and What policies and/or partnerships need to be made in order for this work to continue?

“As teachers, we get professional development on what we do if there is a shooter in the building, but very rarely do we hear about, why are children acting out so violently?” Copes said. “How do we identify these kids at risk, and how do we get them help before it comes to this?”

“She talked about the horrific tragedy that happened,” Copes said about Earle. “You think you’re prepared, but you’re never prepared. To me, that was one of the more touching stories.”

“We needed to touch on all of those because it’s not just one thing that is causing this or that can solve this,” Copes said. “It’s going to be a combination of many things.”

Copes said organizers hope more people will join the Coalition and push for safer schools. If so, as host the first Summit, Birmingham could be remembered as the site of the start of another movement as it was for the Civil Rights Movement in the 1950s and 60s.

“We feel like education is a civil right for our citizens,” Copes said. “If a kid does not feel safe at school, they’re not going to learn.”