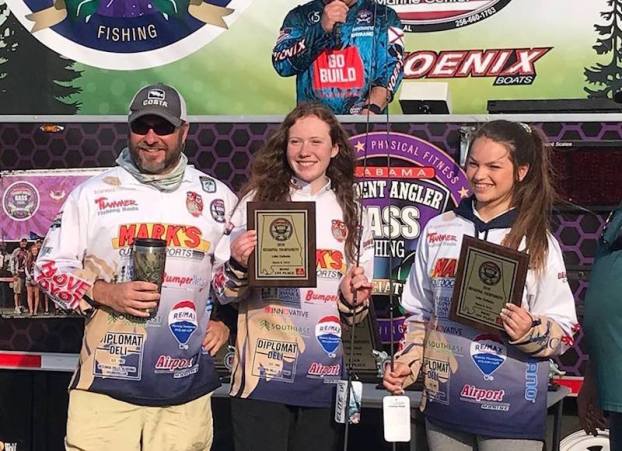 EUFALA – Briarwood, Shelby County and Thompson all took their fishing teams to Lake Eufala on Saturday, March 9, and while each had impressive showings, two girls outshined a field mostly full of guys.

Briarwood’s Jordan Martens and Sadie Stanford didn’t just win the day’s event to help the Lions pick up the region championship, but totaled 19.22 pounds between the two of them.

That total edged out Jemison’s William Ashley and Andrew Carlisle by close to two pounds, but behind that, the next closest total was at 10.64 pounds, showing how dominant the two girls’ performance was. 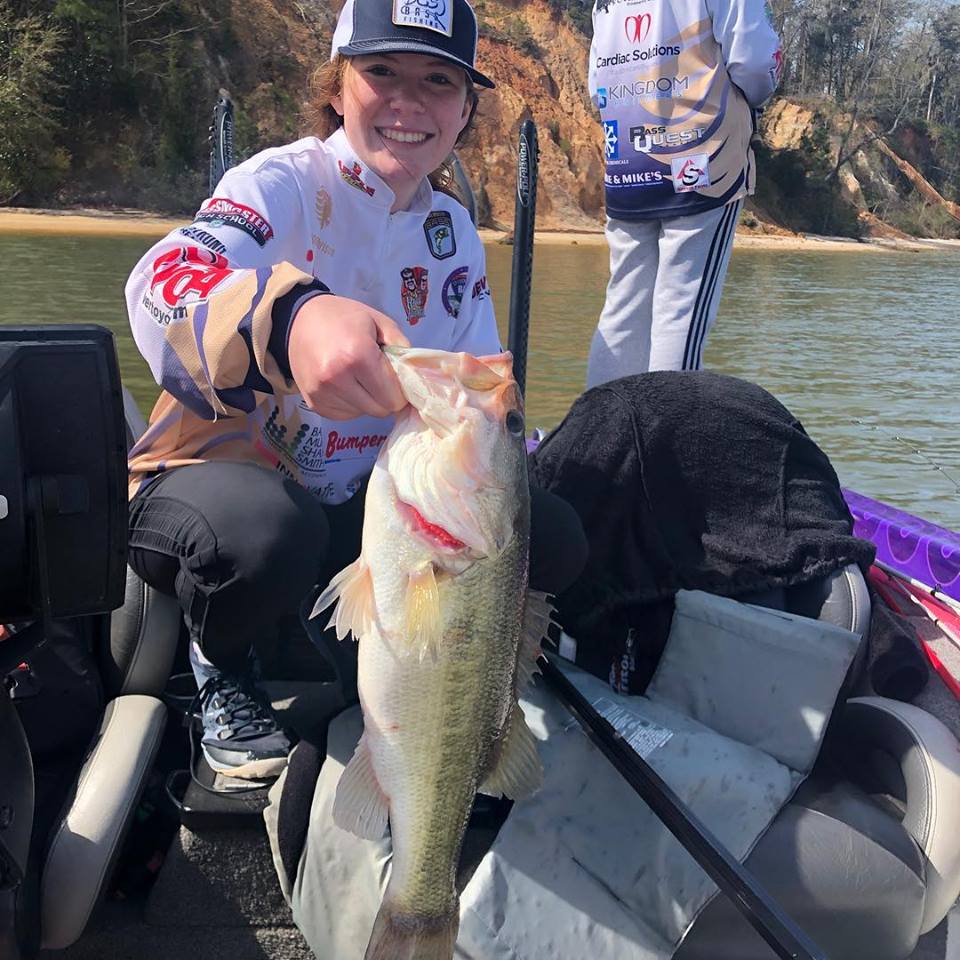 With the win, they earned a perfect 300 points for Briarwood’s overall team score and played a key role in helping the Lions earn 1,402 total points to win the region championship. They also beat out 147 other duos fishing in the tournament.

Second on the team was Chandler Holt and David Scharf who totaled 9.37 pounds and 289 points. The Lions also got a strong showing from Riley Underwood and Mason Wright with a total of 8.79 pounds and 285 points.

Behind that, two other Briarwood boats hauled in fish.  The team of Grayson Morris and Tucker Smith added 5.53 pounds for 263 points, while Carson McKeen and Carson Miller brought in 1.60 pounds for 215 points.

The Thompson Warriors also had a strong showing at the event and actually outscored Briarwood by posting 1,625 points thanks to consistency from each of their six boats.

All six of Thompson’s teams posted at least four pounds worth of fish at the weigh in, while five of the six had six-plus pounds.

Chandler Oliver and Josiah Campbell led the way for the Warriors with 8.88 pounds to total 286 team points.

Behind that were two boats for the Warriors in the seven-pound range. Garrett Ross and David Blair brought in a total of 7.90 pounds and 279 points, while Brett Downs and Nathan Ruha totaled 7.02 pounds and 272 points.

Shelby County was the final local team to compete in the event and posted a total of 937 points thanks to three of their six boats bringing in fish.

Kai Barnett and Lloyd Harrison led the way with 7.32 pounds for 274 points. Behind that was Charlie Taylor and Angel Quintero with 6.38 pounds to total 267 points.

The final duo for the Wildcats was Reed Horton and Luke Scherer, who totaled 3.54 pounds and 246 points.