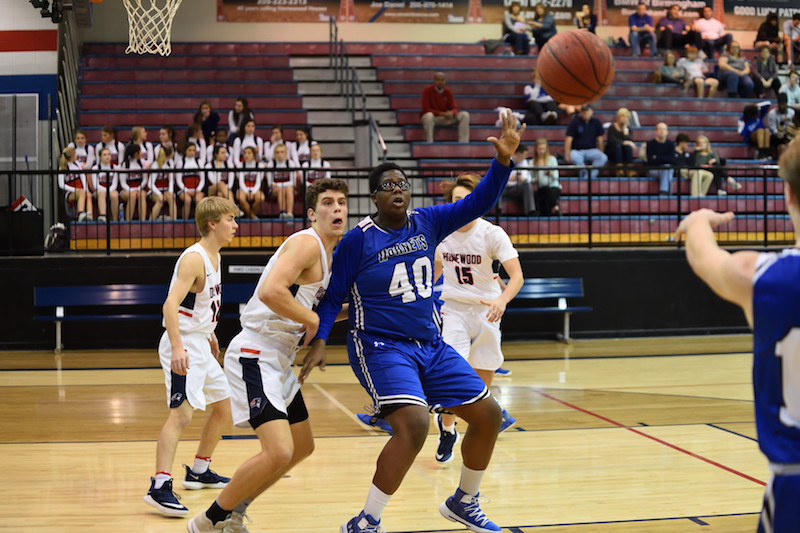 I said all year this was the hardest working group of teams I have seen since taking over the sports editor role, and the most impressive aspect is the majority of the teams were very young, yet wise beyond their years.

While there were still standout players, stats were very similar across the board and almost every player I saw was bought in with more concern for the greater good of their teammates than themselves.

It made putting together this year’s All-County boys basketball team a difficult task, because each player put in hard work every day and gave it their all on game night, which led to three teams of incredible talent and an honorable mention group that is worthy of being an extension to the first three teams. Each player listed below impacted me in some form throughout the season as well as their team.

Guard: Daunte Cave, junior, Helena. As a guard, Cave flashed his scoring and assisting ability this season with 14 points and six assists per game, but as one of the smaller guys on the floor, he averaged eight rebounds per game from his position. It was impressive and him as a floor general was a big reason the Huskies made it to their second consecutive Sweet 16. 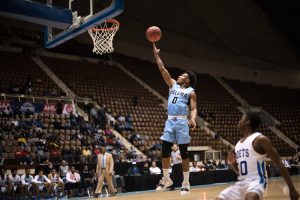 Guard: Cornelius Brown, senior, Calera. Brown was a guy who looked for his shot and took a lot of them, but to his credit, he had a right to do so and made a ton of them. He led the county by averaging 19.3 points per game, while also averaging 5.6 rebounds, 2.1 assists, one steal and one block per game. 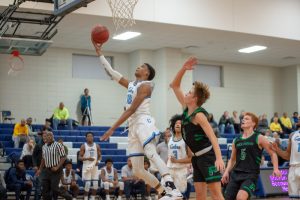 Forward: Chris Brown, senior, Pelham. Hayden Lamey, junior, Briarwood. If you read the Player of the Year story, you realized how difficult that decision was, and both of these players were in the running and deserving of a spot on the first team. Brown was a huge leader for a very young Pelham team lacking depth. He averaged near a double-double with 17 points, nine rebounds, two assists and one steal per game, while totaling 950 points in his career. 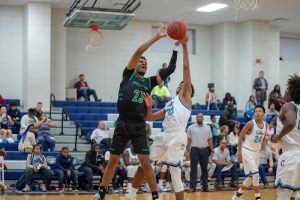 Lamey is likely the front runner for Player of the Year heading into next season after a remarkable junior season. He averaged 18.2 points, five rebounds, two assists and 1.2 steals per game. More impressive, possibly, was his free throw shooting, making 92 of the 115 he took. By far one of the most complete players I saw this year. 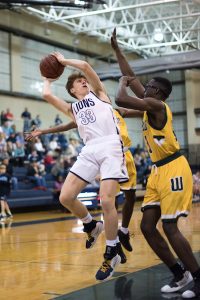 Forward: Chris Hardie, senior, Vincent. There aren’t enough words to describe Chris’ senior season. Simply put, he loves the game and was a leader as the only senior on his team, which earned him the Player of the Year award. While others were close, he was only one of two players in the county to average a double-double with 11.6 points and 10.4 rebounds per game. He also helped lead a young team to the Elite Eight and almost the Final Four. 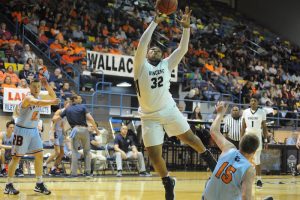 Center: Daniel Washington, senior, Chelsea. Washington was a fun basketball player to watch this year, and had he been officiated like former big men in the post like Austin Wiley and Alex Reese, he could have been one of the state’s top players and scorers. Despite being double and triple teamed this year, he was able to average 14.2 points per game and 8.5 rebounds per game to lead Chelsea. Without him, this team wouldn’t have grabbed a share of the Class 6A Area 8 regular-season championship. He was the true definition of a leader from the perspective of his work ethic and attitude. 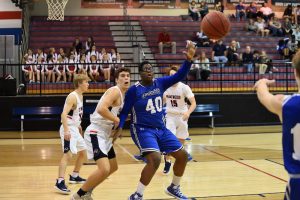 Guard: Drew Dunn, senior, Oak Mountain. I still have no trouble saying Oak Mountain was one of the best teams I covered this year from a complete team standpoint, and a big reason for that was Dunn. As one of just three seniors, he was a crucial leader for several young players at the guard position and one of the best shooters from beyond the arc. He averaged 11.3 points per game and a county-high 40.5 percent from 3-point range. 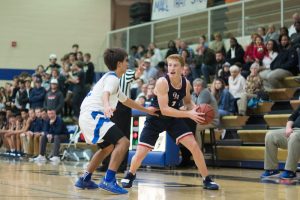 Guard: Caden Pierce, junior, Helena. Similar to Cave, Pierce was consistent in several categories averaging 16 points, six rebounds and five assists per game. With those two back next year as seniors, Helena will have one of the strongest back courts in the county and possibly the state. 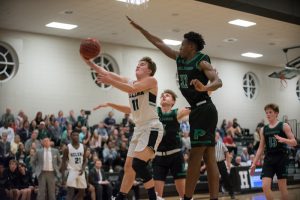 Guard: Nathan Bates, senior, Shelby County. Shelby County won just one game a season ago, but this year that total grew to 16. Bates was a major reason the Wildcats made that improvement thanks to averaging 17 points, 3.8 rebounds, 2.2 assists and 2.4 steals per game. He made 63 3-pointers this year, including three-plus in 10 games. He finished his career with 1,100 points. 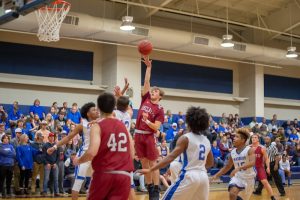 Forward: Jackson McGinnis, junior, Vincent. McGinnis was one of the more fun basketball players to watch this season because of what he could do at his size. Being a bigger player, he still had great speed and dribbling, which abled him to play strong basketball against smaller 2A teams. He averaged 12.1 points and 6.6 rebounds per game, while also adding 2.1 blocks and 1.4 assists. 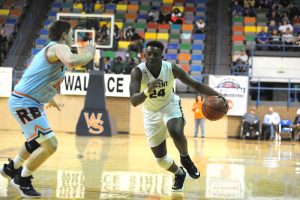 Forward: Nate Andrews, senior, Helena. Similar to this year’s Player of the Year, Andrews averaged a double-double with 10 points and 12 rebounds, while also adding four assists per game. As a senior for the Huskies, he was a key piece in their run to a second straight Sweet 16 appearance and an unquestioned leader of the team. 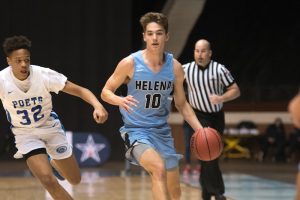 Guard: Tae Whetstone, senior, Shelby County. Whetstone, like Bates, also played a major role in helping the Wildcats have one of their best seasons in years this year. He averaged 12.6 points, 4.6 rebounds, 4 assists and 2.5 steals per game during the season. 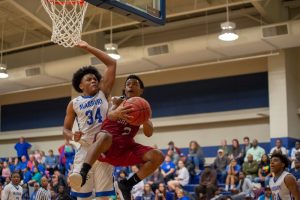 Guard: CJ Smith, senior, Calera. Despite missing several games due to injury, Smith was one of the county’s best point guards all season. In 16 games, he averaged 16.3 points, 4.2 rebounds, 2.5 steals and two assists per game. 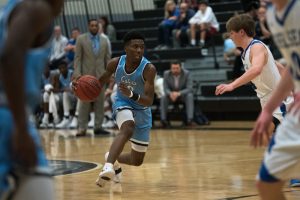 Forward: Cam Crawford, sophomore, Spain Park. A sophomore guard standing at 6-foot-3 gives you a picture of Crawford’s upside. While Spain Park struggled this year, it was a team that made giant leaps from the year before under first-year head coach Chris Laatsch and pulled off some big wins while being in just about every game. Crawford averaged 9.4 points, 5.2 rebounds and 2.3 assists this year and played ahead of his age. 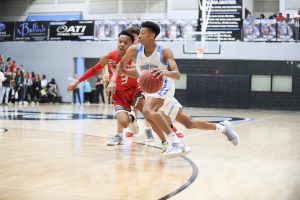 Forward: Kendan Maddox, sophomore, Pelham. Like Crawford, Maddox is just a sophomore and already stands at 6-foot-7, 215 pounds. He is the definition of an athlete and averaged 11 points, six rebounds and one block per game this year. It’s scary to think about his production in the next two years. 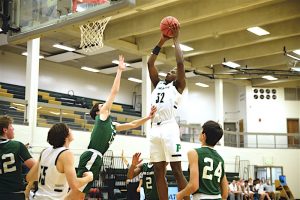 Center: Jamarius Carter, junior, Montevallo. Carter was another player close to averaging a double-double this season after posting nine points and 9.8 rebounds per game. He stands at 6-foot-6 as a junior and with some more height and size next year, he could become one of the county’s top producers. 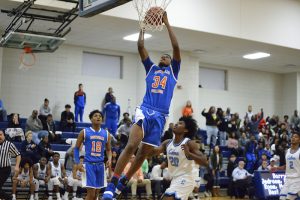