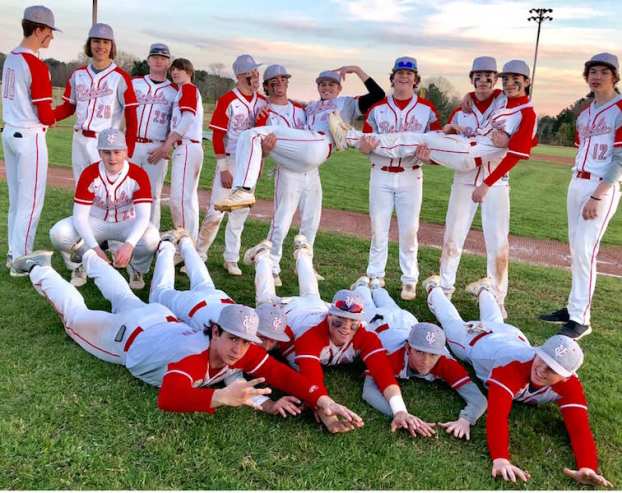 Coosa Valley Academy is off to a strong start this season at 10-6 overall and 2-0 in area play thanks to a 2-0 win against Autauga Academy. (Contributed)

HARPERSVILLE – The Coosa Valley Rebels have already played 16 games this season, and while there have been some up and downs during that stretch, they have flashed instances of stellar play to jump out to a 10-6 overall record.

Tuesday, March 12, marked one of those stellar performances, not because of the bats that have been hot at times this season, but because of strong pitching on the mound from Kaleb Allen.

Having come into the game on back-to-back losses after starting the season 10-4, Allen wanted to make sure to get his team back on the winning track.

Despite the offense only scoring two runs in the bottom of the third, Allen did everything he could to make those two runs enough. He ended up pitching a complete game and allowed just four hits and two walks, while striking out nine batters to pick up the 2-0 shutout victory against area foe Autauga Academy.

Through the first two innings of the game, Coosa Valley put a combined two base runners on board, but were unable to bring them home.

Then, in the bottom of the third, it looked like it would be another quiet inning for the Rebels after back-to-back strikeouts to start the inning and quickly put two outs in the inning.

One batter later, however, Cole Stroup was hit by a pitch, which seemingly sparked something.

After that, Trent Spratlin and Allen put together two consecutive singles to bring home the game’s first run. That was then followed by a walk from Jackson Bryant to load the bases.

Then Zane Jantz stepped to the plate and on the second pitch he saw, drove a hard ground ball to the shortstop that was tough to make a play on and allowed Spratlin to score for the 2-0 lead.

From that point on, Allen allowed five more base runners in his effort on the mound, but was able to get out of every jam thanks to a strong defense behind him and several key strikeouts.

At the plate, Spratlin and Allen both went 2-for-3 with Allen picking up an RBI and Spratlin scoring a run. Sammy Shepherd also went 2-for-3, while Jantz went 1-for-3 with an RBI.

Cornerstone softball off to 6-1 start

By ALEC ETHEREDGE | Sports Editor COLUMBIANA – The Cornerstone Charger’s 2019 softball team got off to a 5-0 start... read more