Cornerstone softball off to 6-1 start 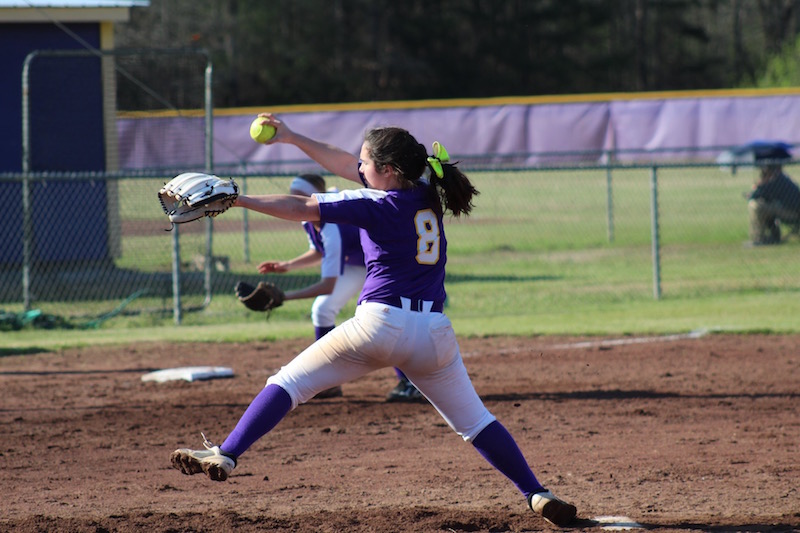 The Cornerstone softball team is off to a 6-1 start this season after picking up a 6-1 victory against East Memorial Christian on Tuesday, March 12. (Contributed)

COLUMBIANA – The Cornerstone Charger’s 2019 softball team got off to a 5-0 start to the season before its first loss to Chambers Academy on Friday, March 8, but on Tuesday, March 12, the Chargers bounced back with their sixth win thanks to a 6-1 victory against East Memorial Christian Academy.

The Chargers have now beaten Kingwood twice, Evangel Christian Academy twice, East Memorial once and Chambers in the first game of a doubleheader.

In its win against East Memorial, Cornerstone used consistency at the plate to build a 6-0 lead through four innings, before closing the game out with strong pitching to allow just one run and one hit defensively.

In the bottom of the first, the Chargers struck first thanks to great base running from Alanna Whitten, who walked with one out in the inning. After her walk, Whitten went on to steal second before advancing to third on a fly out. She was then able to steal home with two outs in the inning during Maggie White’s walk to put the Chargers up 1-0.

After a quiet second inning, Cornerstone came back to the plate ready to role in the bottom of the third.

After a single and walk from Jacy Wallis and Whitten, respectively, Jenna Castleberry doubled on a ground ball down the left field line that brought both baserunners home for a 3-0 advantage

Following another walk from White, a fielder’s choice on a ground ball from Tilly Early allowed Castleberry to score to give the Chargers a 4-0 lead through three innings.

Cornerstone then made it six unanswered runs in the bottom half of the fourth inning.

After a lead-off single from Kylie Fulps, Laura Jones was hit by a pitch, which allowed Wallis to step to the plate and drive in a run with an RBI-single. That was then followed by a fielder’s choice from Whitten, which allowed Jones to cross the plate for Cornerstone’s final run of the game and a 6-0 lead through four innings.

After loading the bases in the top of the sixth, East Memorial was able to put one run on the board, but a double play helped limit the damage in the inning, and the Chargers got out of the inning with a 6-1 advantage before winning by that score.

Wallis and Fulps both went 2-for-3 at the plate with Wallis adding one RBI. Castleberry went 1-for-3 with two RBIs and one run scored, while Whitten and Early each added an RBI as well.

In the circle, Castleberry and Braden Calma combined for a strong effort. Castleberry got the start and picked up the win thanks to five innings where she allowed just one hit and struck out 10 batters. Calma allowed one run on no hits, while walking five and striking out one.