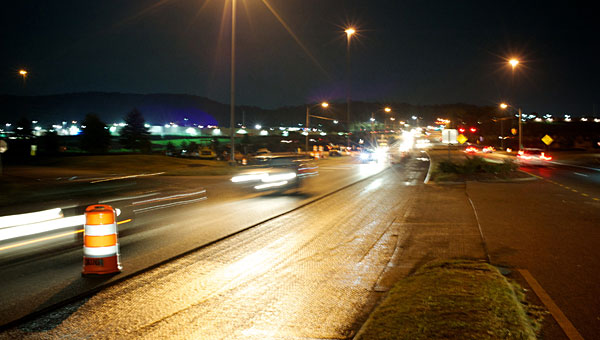 Shelby County will see about $2.4 million more per year in funding for road and bridge improvements as a result of the new gas tax increase, according to the county’s engineer. (File)

COLUMBIANA – The 10-cent gas tax increase passed by the Alabama Legislature in early March and signed into law by Alabama Gov. Kay Ivey will generate more than $2 million in additional road funding for Shelby County when fully implemented, according to County Engineer Randy Cole.

During a March 11 meeting, the Shelby County Commission approved a resolution supporting the gas tax increase, which was approved by the Alabama Senate and singed by Ivey the following day. The Alabama House of Representatives approved the tax increase on March 8.

“The latest iteration that I’ve seen, our estimate would be that we would receive about $2.4 million upon full implementation,” Cole said. “Our cities would benefit from that as well, all the way from our largest city, Alabaster, all the way down to Wilton. Everybody gets some money, and I’m sure that money is sorely needed.

“They can use that money for bridge maintenance and road maintenance,” Cole added. “The bill also calls for some pools of money that we can go to. We’ve had good success partnering with ALDOT to do various improvements.”

According to the resolution the Commission passed supporting the gas tax, Shelby County’s roads are being resurfaced on a 35-year-cycle, and 24 percent of the county’s roads are at least 50 years old.

“Funding for projects that reduce congestion is also a top priority of the Shelby County Commission,” read the resolution.

A portion of the gas tax increase will also be earmarked to support a bond issue to improve the port of Mobile.

“This is brand new money for our city. We’re a 22-year-old city, and we have 22-year-old needs. It’s really the first time that Chelsea has been presented with these type of needs within its corporate limits,” said Chelsea Mayor Tony Picklesimer, whose city will get about $129,000 per year once the new gas tax is fully implemented. “I am grateful to get it, and thankful that our legislators had the courage to pass it. I’m happy to see them step up and approve this.”

“Not only are cities getting money, but we’re getting money, and we’re also getting money we can pool with the state,” Allison said. “Fourthly, the state will have more money for huge projects that we can’t even begin to touch, like the extension of I-65 from where it’s ending now in Alabaster all the way down to the county line. The gas tax, in reality, has multiple layers that will assist the county.”

Shelby County Manager Alex Dudchock said the additional funding will put the county in a stronger position to provide matching funds for federal grants, such as the Alabama Transportation Rehabilitation and Improvement Program.

By Sarah Jones / Special to the Reporter MONTGOMERY – Shelby County residents can expect changes in infrastructure and economic... read more