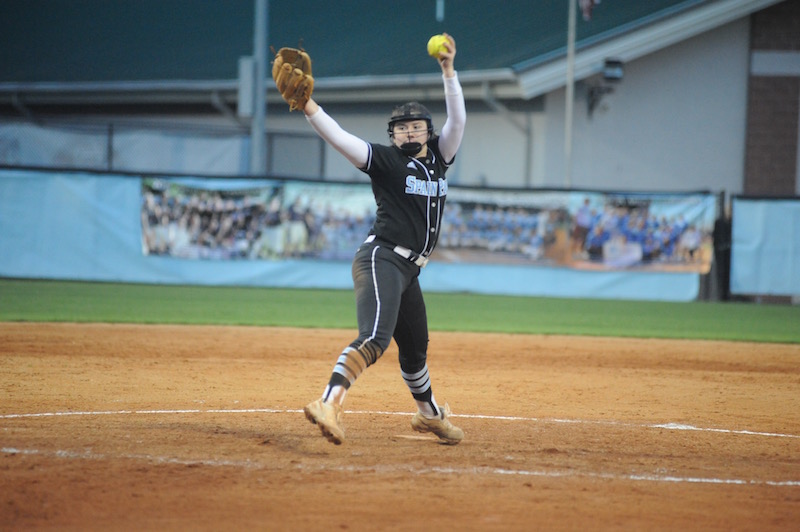 The Spain Park softball team picked up its seventh consecutive win on Tuesday, March 12, by taking down Mountain Brook 19-0 in an area contest. (File)

MOUNTAIN BROOK – Spain Park’s softball team looks to be on a mission yet again this season, and are doing nothing short of dominating opponents right now after taking down Mountain Brook 19-0 on Tuesday, March 12, to pick up their first area win of the season.

With the win, the Jaguars not only improved to 13-1 overall and 1-0 in area play, but they won their seventh consecutive game in impressive fashion. The Jags have scored 10-plus runs in four of those seven wins, nine-plus runs in six of the seven and have outscored their opponents 76-11 with four shutouts.

In the shortened four-inning, mercy-rule victory, Spain Park was able to score at least four runs in the first four innings to create the final score of 19-0 by outhitting the Spartans 17-1 and committing no errors in an almost perfect outing.

In the top of the first, the Jags were able to start the game off with three consecutive singles from Annabelle Widra, Taylor Harrington and Maddie Majors, the last of which from Majors drove in the game’s first run.

After a hit batter loaded the bases, an error during Caroline Wooley’s at bat was costly and allowed three runs to cross the plate for a 4-0 advantage. An RBI-single from Lindsay Parker two batters later closed out the scoring for the Jags in the inning, as they took a 5-0 lead early in the game.

The second inning also started out well for Spain Park thanks to back-to-back singles from Caroline Kendrick and Widra, before Harrington stepped up and drove both in with a triple.

An error during Majors’ at bat allowed another run to score and the Jags to take an 8-0 lead. Then Caroline Wooley stepped to the plate with two outs and drove a home run over the right-field wall for a 9-0 advantage.

In the top of the third, Spain Park continued pounding the ball at the plate and got a quick double from Kendrick before a fielder’s choice during Widra’s at bat led to Kendrick scoring.

That was followed by a walk from Harrington and back-to-back singles from Majors and Bailey Bowers to drive in another run, before a ground out from Wooley led to the 13th run crossing the plate for a 13-0 advantage through three innings.

In the circle, Kate Campbell pitched all four innings and allowed just one run while striking out four to pick up the shutout victory.