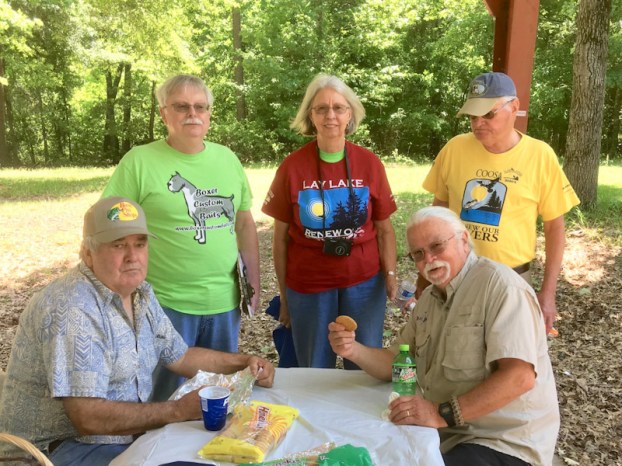 Lay Lake residents participate in the clean up sponsored by the Home Owners and Boat Owners Association and led by Judy Jones annually. (Contributed)

The event is part of the “Renew Our Rivers” program sponsored by Alabama Power. The program is “one of the nation’s largest river cleanups” with “more than 117,000 volunteers” statewide, according to their website.

The program is led by Judy Jones, HOBO board member, who said the cleanup was inspired by a friend from Central America who said the lakes there were so polluted that “she could walk on top of the water because of how much trash there was.”

Jones said in past years she has had nearly 175 volunteers covering the entire lake and that they removed more than 11 tons. “That’s why it’s so important,” she said. “If we don’t clean up every year the trash is going to collect and ruin our water system.”

Participants in the program will go out into areas identified by Jones as hotspots for trash, and then take down coordinates of large items to report back. Alabama Power has provided a trash barge that will come collect the large items, according to Jones.

“People have found anything from microwaves to hot water heaters,” said Jones. “We also pick up the roadside garbage that would eventually wash into the lake.”

The cleanup will conclude on March 30 with Jones’ annual Volunteer Hotdog Picnic at the Beeswax Marina as a show of appreciation for all the participants.

More information about the cleanup can be found by calling 669-4865 and by visiting Laylakehobo.org