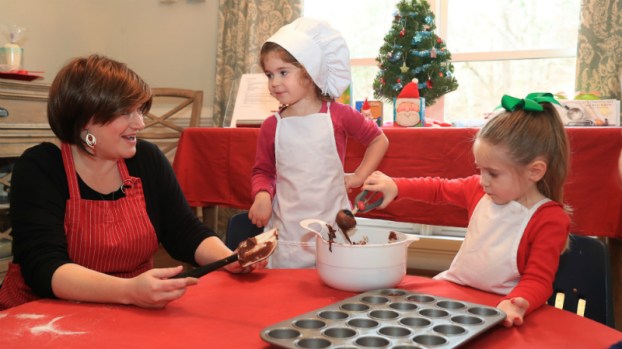 HOOVER – Itty Bitty Bakers, Birmingham’s only baking school for children, is bringing a little taste of the Food Network to Hoover.

In addition to teaching the class how to make fresh Fancy French Breakfast Treats, Kyzar will take questions about her time on the show, sign autographs and give out copies of an accompanying recipe.

The class, which is Itty Bitty Bakers’ largest event to date, is filled to capacity. More than 20 children ages 7-12 are signed up to attend.

Hamby said her students are excited for Kyzar’s visit to their class.

“All of the kids who went through our Baking Boot Camp in January love the show and have so many questions about what goes on behind the scenes,” Hamby said. “They are totally star struck by having Brooklyn here and can’t wait to ask her their questions.”

Hamby said that her baking classes have been so popular in part because so many kids in the country have become interested in baking because of shows such as “Kids Baking Championship.”

“It’s going to be exciting to have Brooklyn here in person and hear all about her experience,” she said. “Our grade school kids realize what an honor it would be to be chosen to be on a show like that, and what level of expertise would be needed. Being on the show is the chance of a lifetime, and our kids know it.”

Kyzar, 12, is already an established baker. She has her own baking business, Whipped Up, and a strong social media presence on Instagram and Facebook.

“I am so excited and honored to be able to come to this class. I love being around others that have a passion to bake as I do,” Kyzar said. “I have seen so many great baked goods from the awesome students at Itty Bitty Bakers. Inspiring others to bake, bake well and never give up on their dreams is what I hope to give to others.”

“Kids Baking Championship” Season 6, featuring Valerie Bertinelli and Duff Goldman, premiered in early January. A dozen talented young bakers, ranging in age from 9-13, have been tested in difficult dessert challenges during the season. The final episode of the season aired March 11.

By GRAHAM BROOKS / Staff Writer HELENA – Employees of the city of Helena Public Works department were honored at... read more