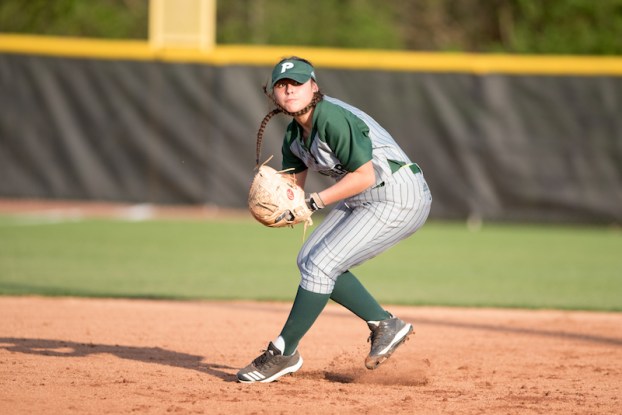 The Pelham Panthers won the 2019 Oneonta softball tournament over the weekend thanks to five consecutive wins after an opening loss. (File)

ONEONTA – After splitting their opening-day pool-play games, the Pelham Panthers were able to come back on Saturday, March 16, and sweep four consecutive games to take home the Oneonta softball tournament.

The Panthers took down Locust Fork, Oneonta, Fultondale and Pinson Valley on Saturday to complete the tourney with a 5-1 record and improve to 14-7 overall this season.

Pelham’s first game of the tournament was a 5-2 loss to Albertville, but the Panthers then responded with a thrilling one-run win against Hayden.

After falling behind 1-0 in the game, Pelham was able to score two runs in the bottom of the fourth on a two-run home run Katie Weldon to take the lead.

Hayden, however, answered back in the top of the final inning with a run to tie the game at 2-2. But Pelham had some late noise to make.

After Holly Helms walked to put runners on first and second, Madalin Petrock stepped to the plate. A passed ball allowed both base runners to move into scoring position, before Petrock hit a ground ball to third base.

The ball was tricky to handle and ended in an error that allowed Kaylyn Tomlinson to cross the plate for the game-winning run.

That gave the Panthers some momentum heading into the second day of the tournament, which led quickly to a 12-2 victory against Locust Fork, before another thrilling game against host Oneonta took place.

Pelham took a 2-0 advantage through the first two innings thanks to two errors from Oneonta that allowed two runs to score.

Oneonta, however, answered with two runs in the top of the third to quickly to the game at 2-2.

The Panthers went scoreless in the bottom half of the next two innings, but yet again had some late heroics thanks to great base running.

With Brooke Monti placed on second to begin the extra-inning tournament game, Pelham already had a runner in scoring position to lead off the inning.

The Panthers, however, saw two outs quickly put on the board and Monti still on second. During Petrock’s at bat, a wild pitch allowed her to move over to third, before a passed ball allowed her to then cross the plate for another 3-2 thrilling victory.

Pelham followed that up with an 8-0 win against Fultondale in the semifinals and an 11-1 win against Pinson Valley in the championship game to claim the title.

In the title game, Pelham posted 12 hits and 11 runs, while Brianna Copeland and Nevaeh McIntyre continued impressive showings in the circle.

At the plate, Copeland went 2-for-4 with two RBIs and three runs scored. Petrock added three RBIs after going 1-for-3, while Hallie Burnett posted a 1-for-2 game with two RBIs. Yoly Paredes and Holly Helms led the team with three hits, while scoring a combined five runs.

No. 2 Bulls sweeps No. 1 Peoria with two shootout victories

By ALEC ETHEREDGE | Sports Editor BIRMINGHAM – The Birmingham Bulls and Peoria Rivermen have sat atop the SPHL standings... read more