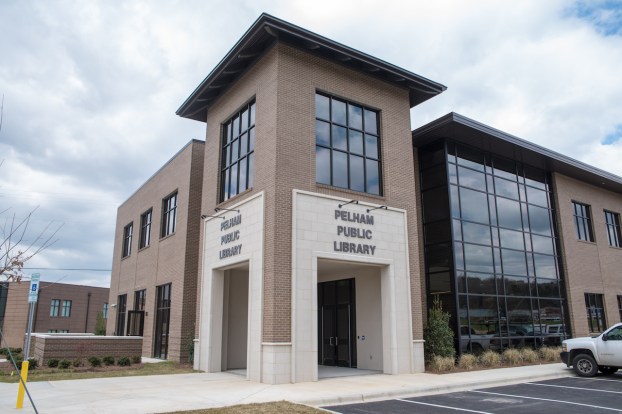 The events held at the Pelham Public Library are free to attend. (File)

All of the upcoming events are free. To make event reservations and for general information call the library at 620-6418.

Birmingham Noir: A Virtual Tour of Notorious Downtown Historic Sites: Murders. Mysteries. Fallen women. Join Birmingham Public Library Archivist Jim Baggett for a virtual tour of some of Birmingham’s most infamous historic places on Monday, April 8, at 6:30 p.m. Learn about the Magic City’s most famous brothel, spectacular 19th century murders, political intrigues and scandal, and the mysterious underground river. Jim Baggett is Head of the Department of Archives and Manuscripts at the Birmingham Public Library and Archivist for the City of Birmingham. He has served as president of the Society of Alabama Archivists, Chair of the Jefferson County Historical Commission and a trustee for several historical associations. Jim has lectured throughout the U.S. and in Europe and has been featured on Alabama Public Television, Alabama Public Radio, National Public Radio and C-SPAN. He has authored two books on Alabama history, edited three others and has written more than 50 articles. Jim lives with his wife and daughter in Birmingham and Mentone. Seating is limited. Please call the Pelham Public Library at 620-6418 to reserve a seat.

Spanish Conversation Table: Do you speak Spanish but need the opportunity to practice with others? Did you take Spanish classes, study abroad, or go on missions’ trips to Spanish speaking countries? ¿Habla Spanglish? If so, join the Spanish Conversation Table on April 4 and April 18 at 6:30 p.m. Our language conversation table offers the opportunity to practice with others. We’ll come together to practice and learn in a fun and casual environment. Registration is not required.

Understanding Medicare Seminar: Does Medicare confuse you? Get answers on Wednesday, April 17, at noon at a seminar provided by Linda Reynolds, an independent insurance agent with 15 years of experience. The presentation simplifies complex issues such as the Medicare parts, enrolling and more. Hundreds age into Medicare each month in this area. It is a complex and confusing process for most individuals. Attend this program and get the facts. The seminar is free and open to the public. For more information, please call the library at 620-6418.

Free Evening ESOL Classes (English for Speakers of Other Languages): Adult learners who seek to learn English are invited to these classes every Thursday from 6-7:30 p.m. at the Pelham Public Library. Classes will be taught by a tutor trained and supported by the Literacy Council.  For more information or to reserve a seat, please call The Literacy Council at 205-326-1925. Childcare is not provided.

Free Morning ESOL Classes: English as a Second Language progressing to GED Class is taught every Tuesday from 9:30 a.m. to 12:30 p.m. This class is designed for all levels of English Language Learners – beginning through advanced and those in preparation for the GED exam. The class is free and is administered through Central Alabama Community College. Please call 256-378-2017 for more info.

R. Earl Muir Author Event: Hear from author R. Earl Muir on Monday, April 29, at 6 p.m. On December 4, 2017, the body of a young girl is discovered floating in Eastlake Park in Birmingham. Lt. Fay Findlay, head of the Special Crimes Unit of the Birmingham Police Department, encounters a case from the history books when she realizes the evidence is strikingly similar to an infamous murder from the same date and place that occurred in 1888. The City of Birmingham was just seventeen years old when the Hawes murders brought the young industrial city into the national headlines. That crime gripped the city and the nation for months and brought about what is described as Birmingham’s darkest day. Now, one hundred and twenty-nine years later, the crime is once again in the news as the Special Crimes Unit investigates the current case that is hauntingly similar and seems to be intrinsically intertwined to the one from more than a century ago.  We follow Findlay and the SCU team as they investigate the crime and learn how each detective’s own history contributes to the unit’s success as one of the best in the nation as they try to unravel the mystery through an historic tour of the Magic City’s past and present. Author R. Earl Muir is a lifelong resident of Birmingham. His past experience as police officer and detective provide an insight to the inner workings of crime solving as presented in his first novel, “Magic City Murder Déjà Vu.” His passion for his hometown and its history are evident as he weaves a story of crimes and police work from the earliest days of the city on 1988 and intertwines them into the present day in a compelling story of crime and intrigue.