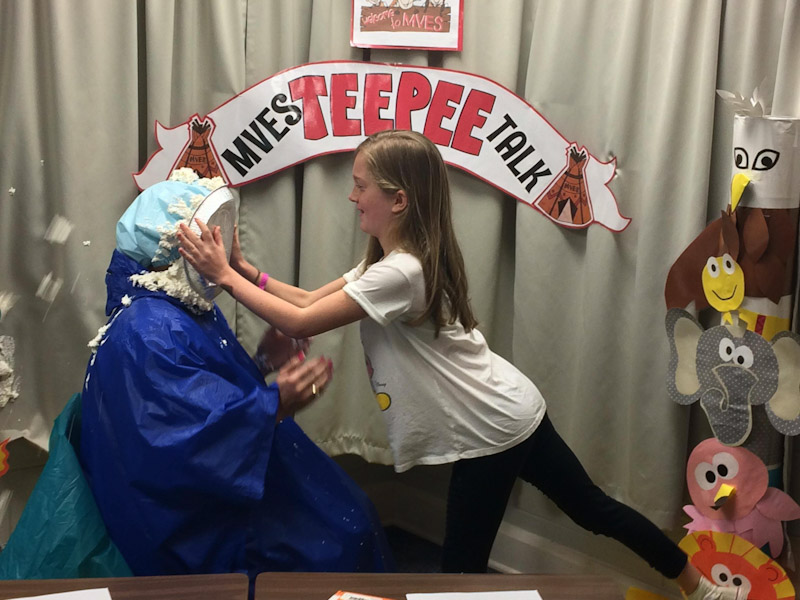 ALABASTER — Students from Meadow View Elementary School participated in the annual Warrior Run fundraiser on March 20. Through pledges the students were able to raise $22,000 for the school, surpassing the goal of $15,000.

Principal Rachea Simms explained that this was achieved in part due to the number of participants. 98 percent of MVES students were involved in the run which was “one of the highest participation rates ever,” Simms said.

The event was organized by school faculty and the PTO. The idea behind the run is to raise money for the school while also instilling valuable fitness lessons in the students.

Simms made a promise that she would let the student that raised the most money “pie her in the face” on the morning announcements program. Since the fundraising goal was far exceeding, she expanded the promise allowing the students from each grade level to participate.

Aiden McDermott, Parker Blackmon and Bella Rumley were the three students with the highest pledges. All smiles and laughter, they enthusiastically gifted Simms with a whipped cream pie to the face Friday morning.

Simms said that the Student Advisory group decided to use the funds to invest in soccer fields for the school.

The Warrior Run was created by the school in association with Health and Wellness instructor Michael Montgomery and PTO member Erika Zoebelein.