COLUMBIANA – A 49-year-old Alabaster man will spend the next couple of years on probation after he pleaded guilty in late March to abusing a 3-month-old child last September. 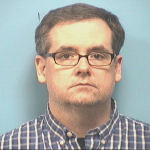 Christopher Somers Gaskill, who lists an address on Kentwood Drive, pleaded guilty to one count of willful abuse of a child younger than 18 during a March 21 hearing in front of Shelby County Circuit Court Judge Daniel Crowson.

Crowson originally sentenced Gaskill to five years in prison, but suspended his sentence to two years of probation. Gaskill also must complete the Mental Health Court program, and must avoid initiating contact with the victim or the victim’s family.

If Gaskill violates the conditions of his probation, his original five-year prison sentence could be reinstated.

The Alabaster Police Department arrested Gaskill on Oct. 17, 2018, and charged him with one felony count of willful abuse of a child younger than 18.

According to his arrest warrant, the charge came after Gaskill allegedly “struck (the victim) in the abdomen and buttocks with his hand several times on Sept. 23” when the child was about 3 months old.

Alabama law defines willful child abuse as any case when a suspect does “torture, willfully abuse, cruelly beat or otherwise willfully maltreat any child under the age of 18.”

Gaskill was released from the Shelby County Jail after posting a $5,000 bond the same day he was arrested.

By GRAHAM BROOKS / Staff Writer HELENA – The halls of Helena Elementary School turned into a makeshift museum the... read more