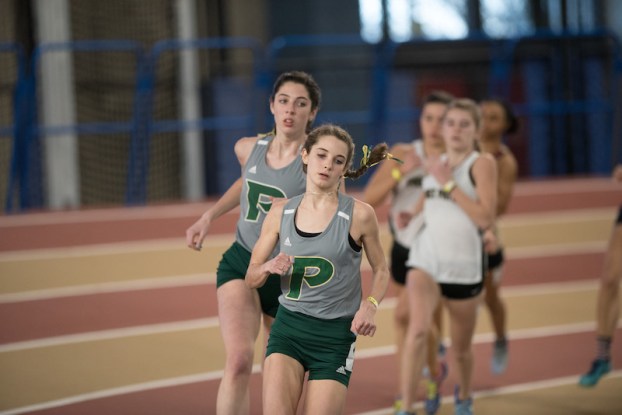 Pelham's Katie Strozier, above, was one of two athletes to finish first in an event along with Erin Long at the All-State Sugar Bowl Track and Field Classic. (File)

Not only did the Panthers get the opportunity to compete in the event, but they made the most of it with two first-place winners, a second-place finisher and several top 10 finishes to put together an unbelievable showing on the biggest of stages against some of the best athletes from across the country.

The two first-place finishers were no surprise, as Katie Strozier and Erin Long continued remarkable season for Pelham.

Competing in three different events, Long was able to claim a spot in the top 10 of every event she was in finishing first in the high jump, third in the javelin throw and eighth in the triple jump.

Her best showing of the day was obviously the high jump, where she has dominated this season. She posted a height of 5 feet, 2 inches to take home the top prize in the event.

Her other top-three finish in the javelin throw was also impressive, as she threw for a distance of 116 feet, 2 inches to claim third place. In the triple jump, Long recorded a distance of 34 feet, 5 inches to place eighth in that event for her third top 10 of the meet.

Teammate Alex Wilkins finished just slightly behind Long in the triple jump with a distance of 33 feet, 8.25 inches to also pick up a top-10 finish by claiming 10th.

Strozier competed in just one final race, but she made the most of it by taking home the top spot in the 1,600-meter run. She posted a time of 5:02.61 to pick up the incredible feat.

The boys also had a few standout performances from Dorian Tolbert, Dominic Fanella and Adam Keller.

All three of those athletes had top 10 finishes highlighted by Dorian Tolbert with two.

Fanella also grabbed a podium finish after picking up a third-place finish in the 800-meter run with a time of 1:59.15.

Keller closed out the string of individuals with top 10 finishes for Pelham at the event with his sixth-place finish in the 1,600-meter run thanks to a time of 4:33.80.

By ALEC ETHEREDGE | Sports Editor  EVANSVILLE, Ind. – There are just two weeks left in the regular season and the... read more