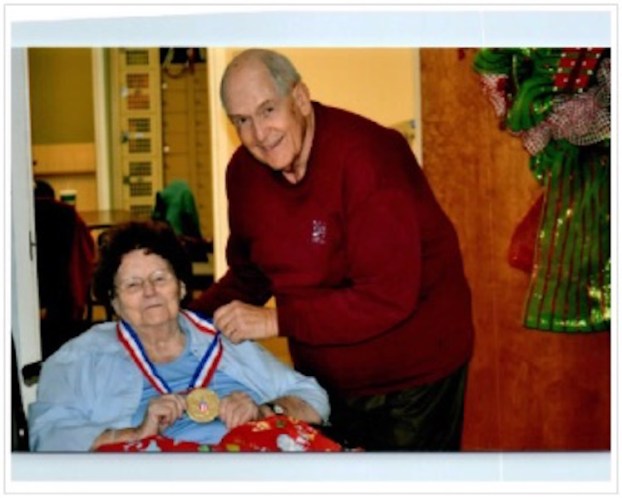 Columbiana resident Mildred Baldwin is known for her volunteerism and her quilting skills. (Contributed)

“The secret to living long is to have something to live for.” -David Levithan

Mildred Baldwin may be Columbiana Health and Rehabilitation’s most famous resident for a couple of reasons.

“I’ve been in pageants, but I’ve never won. I won this time,” Baldwin said. “All pageants are fun, but being the winner is really fun.”

A native of Chelsea, she has lived in Shelby County her entire life.

Baldwin has enjoyed a fulfilling and rewarding life. In the 1930s she sang on the radio with an older sister and was a member of the Saints Alive Senior Choir of Alabaster’s First Baptist Church and the choral group at the Alabaster Senior Center.

Baldwin has done a lot for the community.

“I’ve been active all through my life. I’ve been working with people, and I’ve enjoyed every bit of it,” she said.

Baldwin and her husband, Dillard, grew and sold vegetables at the Shade Tree Curb Market for more than 30 years.

She won many ribbons for the flowers she grew.

A Master Quilter, she has created more than 100 quilts, which were on display at a 90th birthday party hosted by her family.

More than 200 of her friends gathered to celebrate with her.

Baldwin said her family has been one of her greatest joys.

Baldwin was honored by the Shelby County RSVP for 40 years of volunteering.

By DAISY WASHINGTON / Community Columnist “War does not determine who is right – only who is left.” –Bertrand Russell... read more