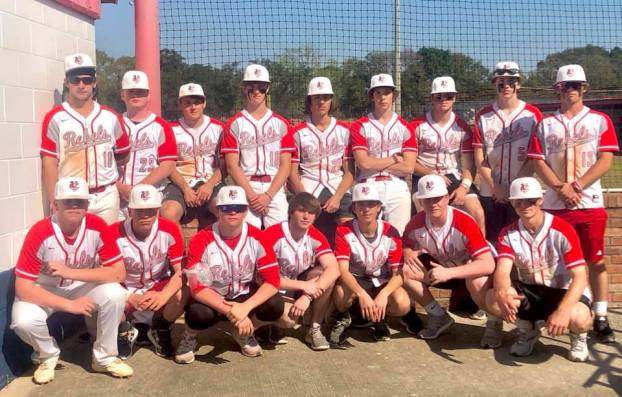 Coosa Valley holds on for 6-5 win against Tuscaloosa Academy

TUSCALOOSA – After a 2-2 record during a spring break tournament in Florida, the Coosa Valley Rebels returned back to the state of Alabama, but stayed on the road on Monday, March 25, with a trip to Tuscaloosa for a matchup against Tuscaloosa Academy.

Despite a closely contested game, the Rebels controlled the game in every category outhitting Tuscaloosa Academy 13-6 and scoring in three different innings to pick up a 6-5 victory.

Coosa Valley left 10 base runners on base, which came close to costing the Rebels the game, but pitching became the difference in the final two innings.

After the Knights attempted to pull off a comeback in the bottom of the fifth thanks to four runs cutting the deficit to 6-5, Kaleb Allen entered the game on the mound and didn’t allow a hit over the final two innings while striking out five of the six batters he faced to close out the game.

Offensively, the Rebels struck first in the top of the second thanks to an error allowing Zane Jantz to reach base, and then Tripp Allen and Josh Baker picking up a single and walk, respectively, to load the bases with two outs.

Leadoff hitter Cole Stroup then stepped to the plate and drove two of those base runners home with a two-RBI double to give Coosa Valley a 2-0 advantage through two innings.

In the bottom of the third, Tuscaloosa Academy brought home its first run thanks to great base running, but one run on a sac-fly was all the Knights could get for the time being.

The Rebels then quickly tacked on another run of their own with back-to-back singles from Sammy Shepherd and Stroup, the latter of which from Stroup brought home Tripp Allen, who had been hit by a pitch to lead off the inning, which gave them a 3-1 advantage.

Coosa Valley’s lead grew even larger in the top of the fifth thanks to four hits.

Caleb Connelly started the threat with a one-out single, before he scored two batters later when Tripp Allen doubled to left field to give the Rebels a 4-1 lead.

Following another hit on a single from Baker, Shepherd picked up the final hit of the inning with another single, which drove in two more runs for a 6-1 lead.

The Knights, however, had an answer in the bottom half with five this of their own.

Tuscaloosa Academy used singles in three of the first four at bats to score two runs, before a double, groundout and another single brought in two more to cut the deficit to 6-5.

With two outs in the inning, the Rebels were able to get out of the inning with a groundout, and from that point forward the story became Kaleb Allen on the mound with two consecutive 1-2-3 innings featuring five strikeouts to allow the Rebels to hold on for the one-run win.