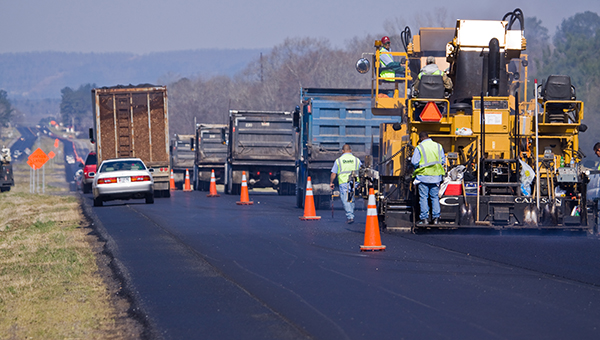 COLUMBIANA – Shelby County’s engineer said the changes recently enacted in the state’s gas tax increase will give the county much more flexibility and freedom in the road projects it can fund, and said the county will be held to strict accountability standards for how it uses those funds.

During a March 25 County Commission meeting, Shelby County Engineer Randy Cole gave commissioners an update on the gas tax increase, which was approved by the Alabama Senate and signed by Alabama Gov. Kay Ivey on March 10. The Alabama House of Representatives approved the tax increase on March 8.

The commission approved a resolution during its March 11 meeting supporting the gas tax increase.

Shelby County will get about $2.3 million each year in highway funding once the tax increases are fully implemented.

Cole said one of the biggest changes will be related to the federal highway funding the county currently receives each year. For the past several years, the county has received about $533,000 each year in federal funding. Through the changes approved in the gas tax increase, the county will now receive about $400,000 each year directly from the Alabama Department of Transportation.

Cole said the county received only about $460,000 of the $533,000 in federal funding each year due to administrative fees, and said the federal money came with “many strings attached.”

“We’re really going to come out ahead by getting $400,000 from ALDOT. We’ll be able to shake the chains of bondage of federal aid,” Cole said. “Projects will now be done faster and more efficiently.”

Shelby County will be required to release a public document each year listing what it intends to do with its highway funding, and will give follow-up reports to the Alabama Senate to explain what projects it completed with the highway funding the previous year, Cole said.