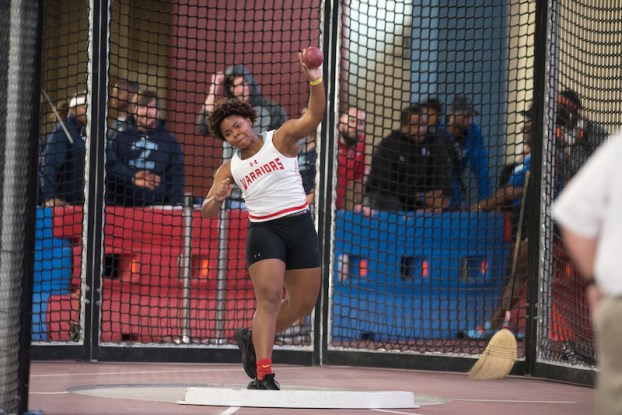 The Thompson Warriors had a total of 35 top 10 finishes in the Northridge Track and Field meet held on Saturday, March 23, thanks to a consistent effort in several events. (File)

TUSCALOOSA – Thompson’s outdoor track and field team continued to impress at the Northridge Track and Field meet on Saturday, March 23, thanks to 35 total top-10 finishers in the different events to complete another impressive effort.

The Warriors also had five individual first place finishers and one team first-place finish, as well as many different athletes in second or third to put together the strong team performance.

One of the strongest performances from any athlete at the meet came from Zoria Miller, who picked up three top-10 finishes, including two first place finishes.

She took home the top spot in both the shot put and discus throw, while finishing eighth in the javelin throw to cap off her meet.

McKenzie Hogue has also started to get back into her typical form in recent weeks, and in the 3,200-meter run, Hogue took down the field to claim the top spot by close to a minute thanks to a time of 11:12.72.

Oden was another athlete with three top 10 finishes for the Warriors thanks to two second place finish and one finish in sixth. She took second in both the triple jump and long jump, while finishing sixth in the 100-meter dash.

King finished just behind Oden in the triple jump taking fourth, while she finished behind Holifield in the 200-meter dash with a finish of ninth.

Wooley picked up a podium finish in the 300 meter hurdles by taking third with a time of 46.19.

Hall picked up two podium finishes by claiming first in the 300 meter hurdles and third in the 400-meter dash.

Reynolds also picked up two top 10 finishes thanks to taking home seventh in the 100-meter dash and eighth in the long jump.

In the long jump, McKitchen also finished inside the top 10 and one spot lower than Reynolds in ninth.

As for the rest, Gray finished second in the high jump, Woods finished fourth in the triple jump, Lewis finished ninth in the 300 meter hurdles, Ellis finished sixth in the javelin throw and Doe finished eighth in the 800-meter run.