Woman pleads not guilty in death of 4-year-old

COLUMBIANA – A 43-year-old Oneonta woman who has been charged in the death of a 4-year-old in a 2018 crash in Alabaster has pleaded not guilty to the charges, according to documents filed in Shelby County Circuit Court. 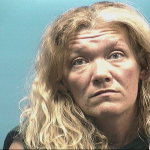 Amy Reeves Silver, who lists an address on Blount County 29 in Oneonta, entered the not guilty pleas to charges of reckless murder, second-degree possession of marijuana, failure to stop at a railroad crossing and driving under the influence of combined substances on March 27.

Silver was arrested at her home by U.S. Marshals in late August 2018 and charged in connection with a July 30, 2018, crash on Fulton Springs Road, during which her vehicle was struck by a train at the crossing near the Martin Marietta quarry. The crash happened shortly before midnight.

Sharon Smith, 4, of Oneonta, was pronounced dead on the scene following the crash, and Silver was airlifted to UAB Hospital where she was treated and released.

The charges were brought against Silver following an investigation by the Shelby County Traffic Homicide Task Force.

According to court documents, Silver was allegedly driving under the combined influence of alcohol and a controlled substance at the time of the crash, and recorded a 0.06 blood-alcohol content and 4.3 nanograms per milliliter of THC in her bloodstream following the crash.

A Shelby County grand jury upheld the charges against her in February. As of March 28, a future court date had not yet been set for Silver.

By NEAL WAGNER / Managing Editor ALABASTER – After issuing no new home building permits for the first month of... read more