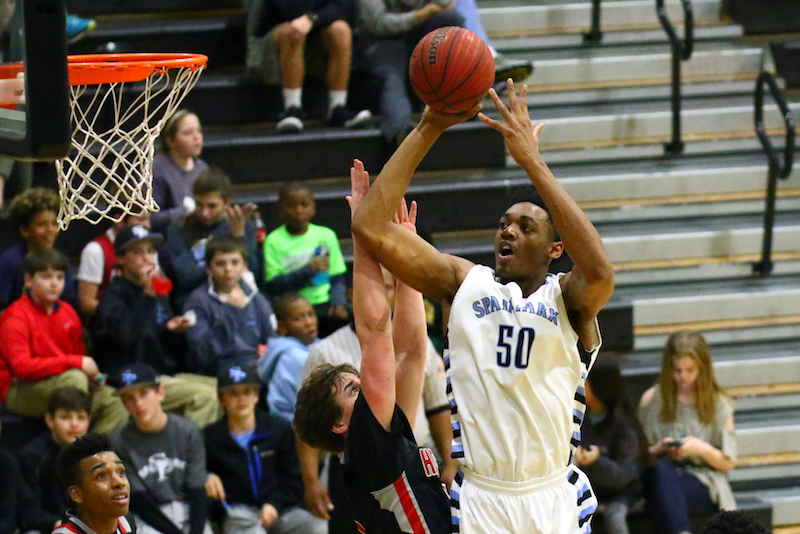 KANSAS CITY, Mo. – As Jared Harper sent the ball soaring into the rafters of the Sprint Center in the final seconds of Auburn’s 77-71 overtime victory against Kentucky in the Elite 8, the Tigers made history by advancing to its first Final Four in school history, also included in that history, are three players with ties to Shelby County.

Auburn’s Austin Wiley, Jamal Johnson and Thomas Collier all have spots on the Tigers’ roster, but previously, they made a name for themselves at the prep level as both Wiley and Johnson played at Spain Park and Collier attended Briarwood Christian.

Now all three can claim they were part of a team that advanced to the first Final Four in state history. Previously, no division one school from the state of Alabama had ever advanced past the Elite 8 until Auburn beat Kentucky on March 31.

The most notable of the three Shelby County players is Wiley, respectively, as he posted seven points and two rebounds in 14 minutes of action making three of his six field goals and one of his two free throws against Kentucky.

The Auburn center has battled through injuries this season and was held out for precautions as part of a major basketball investigation last year, but nonetheless, Wiley has fought through adversity and found his role on a team that relies heavily on 3-point shooting.

At Spain Park, Wiley led the Jaguars to the Class 7A state championship game as a junior and was a three-time All-State first-team selection. He averaged 22 points and 12 rebounds as a junior, and then 27.1 points, 12.1 rebounds and 2.9 blocks per game as a senior. He was a four-year starter with the Jags and averaged a double-double in every season he was there.

Auburn’s improbable run to the Final Four is nothing short of spectacular as The Tigers took down four-seed Kansas 89-75, one-seed North Carolina 97-80 and now two-seed Kentucky 77-71. Those three teams have a combined 17 national championships, 32 championship game appearances and 52 Final Four appearances.

As an Auburn alum, my time on the Plains spanned from 2010-14 and those years provided little, if any, excitement for men’s basketball.

Five years later, Auburn basketball is making history and Shelby County is one of the reasons why.

Maybe the Tigers will make even more history this weekend in Minneapolis, Minnesota. We will see!